This page details prerelease information and/or media for Alien Soldier. 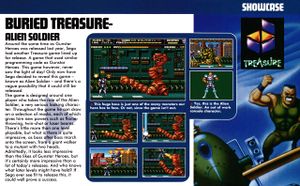 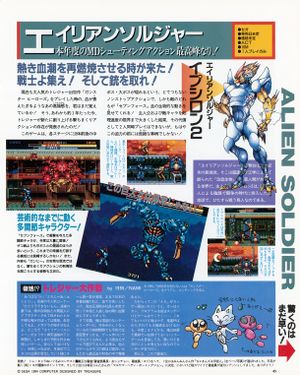 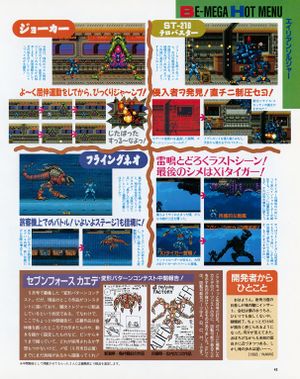 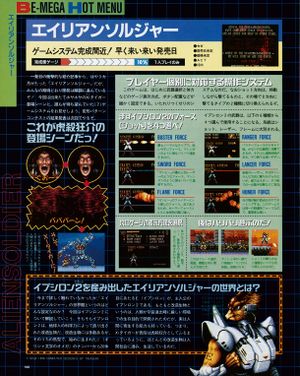 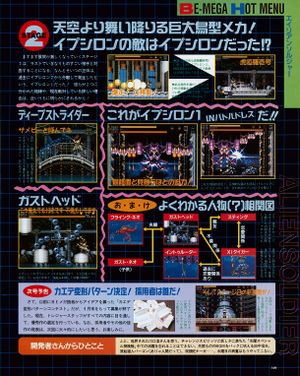 A preview of Alien Soldier.

HAVE COME FROM SPACE TO INVATION.

AND,WE CRIED FOR HELP TO OTHER STARS.

WORLD OF THE SF COMBAT SHOOTING

HE WILL COME WE ARE THE EARTH.

"SKULLANDCROSSGUNS" is derived from the original title of the game: Blade Slasher VS Skull and Cross Guns. 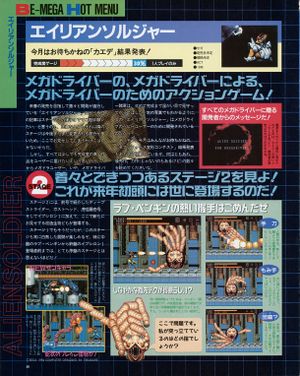 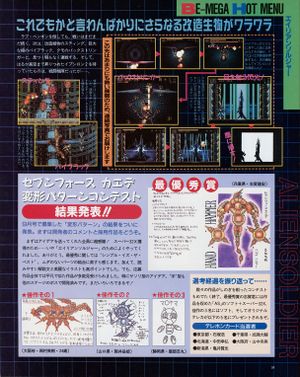 Pages 50-51 of Beep! MegaDrive's December 1994 issue preview an early build of Alien Soldier containing numerous content that was cut from the final game. 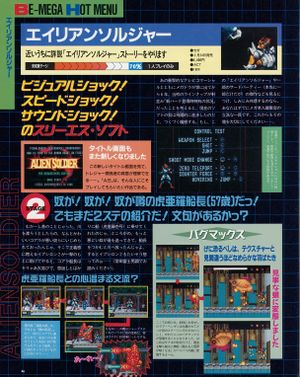 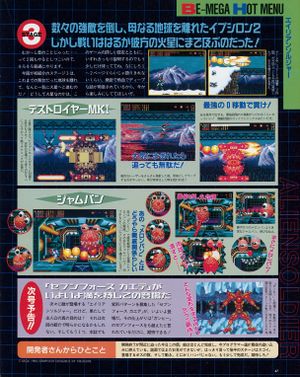 A late preview of Alien Soldier, mere weeks away from the game's release.