During the CEDEC 2020 conference in Japan, some screenshots of the game at an early point in development were revealed. This first screenshot features the player walking on an island in an early build. 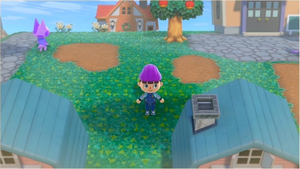 This screenshot features a player standing in front of a patch of weeds. Unlike the last screenshot, this one includes an early HUD. 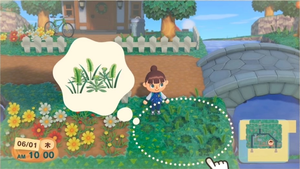 This screenshot has a player house, furniture, the scrapped white fencing, flowers, weeds, a river and cliffs.

The game was unveiled at E3 2019 with a trailer showing some gameplay footage. There are several differences between this build and the final, though most are aesthetic. 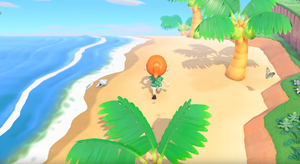 The beginning of the trailer, showing the player walking along the beach. 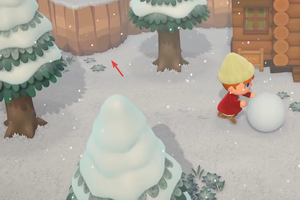 This cliff layout is not possible in the final game. 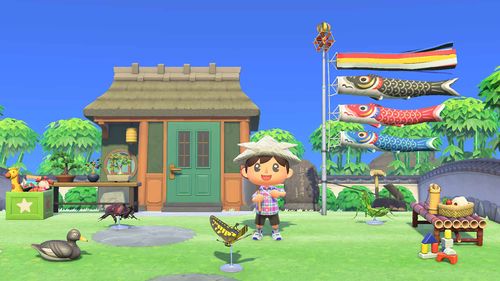 An update post on April 26, 2021 included a screenshot of a house style that would be added in November's 2.0 update. It was soon replaced with another screenshot, and an apology was posted on the Japanese version of the site.