The SNES Cool Spot was once a different game. It went under the name Spot II...and was a board game based on Othello with between-level cinematics? That's what an EGM article claims, anyway. 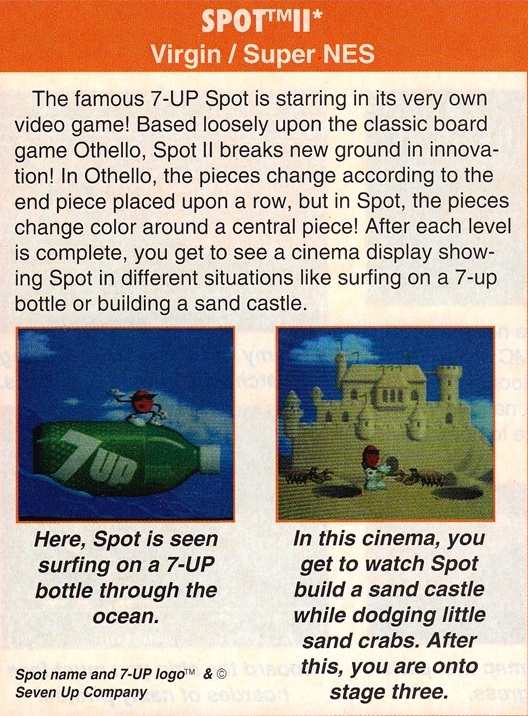 This article claims that Cool Spot was once a different game early in development. The side-scrolling scenes shown in the pic were actually cinematics used for this game, which was a board game based on Othello. This implies it would have been more similar to Spot: The Video Game.