Before it became the game we know and love, Super Smash Bros. existed in a prototype form lacking any Nintendo characters whatsoever. The prototype in question, called Kakuto-Geemu Ryuoh (格闘ゲーム竜王), or Dragon King: The Fighting Game, was planned as a totally new IP for the company, lacking any contemporary Nintendo characters. It is actually referenced to as "Test Version" if Satoru Iwata's name is selected in the game's credits. Not knowing if their approach would be well-received by players, the two creators focused on creating a game with four players that utilized the Nintendo 64's joystick, and built it as a creative, easy to play alternative to other games in the fighting genre, which were the main reasons for them to develop the project, with the help of one person for the audio.

"Dragon King" has a ton of differences from what become of the final Super Smash Bros.:

It's common knowledge that games have to sacrifice much of their planned content to maneuver around budget & time constraints, and Super Smash Bros. is no different. While countless rumours have been perpetuated regarding specific characters or features being planned for or cut from the game, the information listed below comes straight from the game's official Japanese website and developer blogs, cementing their reliability. While much speculation has persisted on the topic of scrapped characters, a 1999 poll conducted by lead developer and Famitsu columnist Masahiro Sakurai (asking readers which characters they predicted and wanted in a hypothetical sequel) has shed light on precisely which characters were considered for the game but not added.

After publishing the results of the survey, Sakurai stated as an aside that Bowser, King Dedede, and Mewtwo were all intended to be playable early in development, but due to a combination of budget and time constraints could not be included. They have no leftovers in the final game, suggesting that they were axed very early on.

Additionally, a 1998 article on the game by IGN mentioned Princess Peach would be included in the game, although this may more than likely be a mistake.

Additionally, in an interview to the 25th anniversary of Fire Emblem in 2015, Sakurai revealed that Marth was also considered to become playable as an alternate sword fighter with a different style than Link.

(Source: Online results of the survey)
(Source: Who Would Win in a Fight?)
(Source: Sakurai Interview: Fire Emblem 25th Anniversary)

Many different parts of the game didn't see the light of day. Others however, would debut in future entries of the series.

Many of the game's stages received minor to substantial changes in layout, objects and textures. 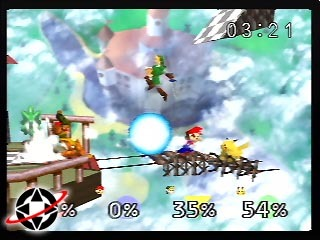 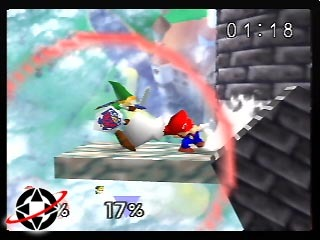 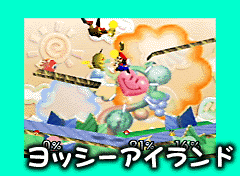 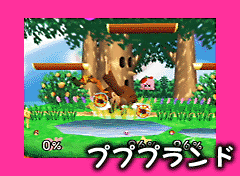 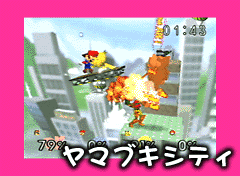