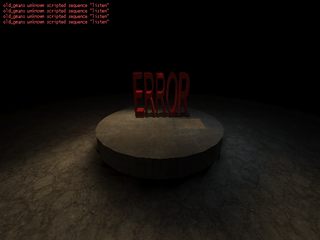 This map was supposed to demonstrate the Source engine's face posing, eye movement, and some reflections on the eyes of the G-Man. The map is pretty much broken; the HL1 G-Man does not appear because it uses an older model format the prototype cannot read, HL2 G-Man does not show his faceposing, the platform underneath the player does not move and the end script is broken. 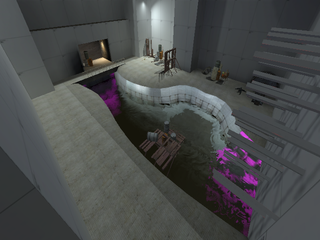 E3_techdemo_2 is meant to show off the Source Engine's physics. The map starts with the player having to go through a small outdoors area, then enter a room filled with many props to fling around with the Physgun, a pachinko-like layout made out of large pins on the back wall (with a platform filled with barrels at the top the player can release with the Physgun to let the barrels go down the pins), and a large pool of water. The player can toss around and weld the props with the Physgun, though it's almost impossible to get a prop out of the water if it lands in the water.

The floor in the outdoor area was meant to deform, but the function is broken in the prototype. 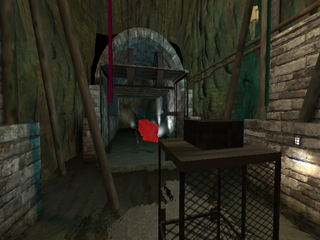 E3_techdemo_5 shows off various shaders and other special effects the Source Engine could do. 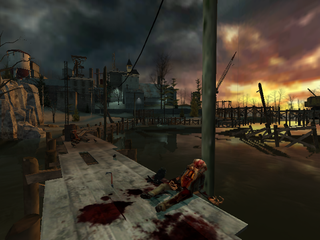 E3_techdemo_6 features an entrance to Ravenholm that was removed from the final game. It takes place in docks on the outskirts of Ravenholm. Everything works here, but it isn't possible to leave the map and proceed without getting into the water. 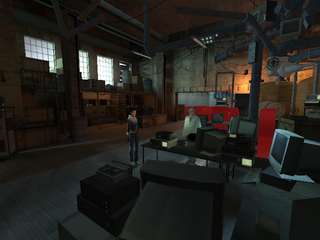 This map showed that NPCs can do animations, talk, give weapons without a script. However, the gestures for this map are missing, meaning that Alyx and Kleiner will just stand around while their dialogue plays. The rest of the map will play fine. 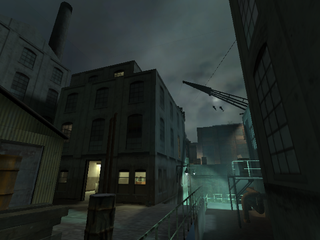 This map, a modified Ravenholm map that made it into the final game, was another map designed to show off the physics. Unlike both the prototype and final Ravenholm, Combine Soldiers appear.

E3_phystown is extremely broken due to entity changes between the E3 2003 presentation and the prototype. The props used to kill the Combine Soldiers around halfway through the map will either dissappear or start flailing around as soon as the map starts because of errors, defeating the main point of the map.

Retrieved from "https://tcrf.net/index.php?title=Proto:Half-Life_2_(Windows)/September_26th_2003_Build/Cut_Maps&oldid=954811"
Categories:
Cleanup > To do
Subpages