This is a sub-page of Proto:Mega Man Legends.

Rockman NEO is a pre-release demo of Mega Man Legends (Rockman DASH) that was included in the second disc of the Japanese version of Resident Evil: Director's Cut. A stand-alone disc of the same demo with the updated DASH name was later released, also exclusive to Japan.

With a build date of August 5, 1997, the demo predates the final Japanese version by approximately four months and contains several significant graphical, audio and gameplay differences compared to the final release.

The video at right demonstrates the game's content and gameplay, as well as its controls.

The scene where Paprika chases Tron Bonne across the downtown area in the final does not occur in this demo. However, there are voice samples for the dog in the game's XA directory, which sound quite different from the final version.

There are several unused pieces of dialogue for Tron Bonne and the KTOX TV Reporter. Interestingly, not only are these Japanese pieces missing in the final version of DASH, but these lines were apparently translated and dubbed into English and can be found also unused inside Mega Man Legends as well (!).

Context for dialogue above. Translation at the bottom.

"Yes, he did it! In the end, the boy protected City Hall from the mysterious group! Amazing! He's truly a hero!"

"One way or another, it's finished. The enemy's attack seems to have cooled down. I hope Mayor Amelia is alright..."

An alternate vending machine design not seen in the final game. 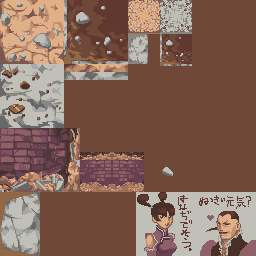 Found within both the Rockman NEO and Capcom Friendly Club builds are these textures of ruined houses in their early designs in the Downtown area. Also embedded in the textures are two characters from Star Gladiator. The dialog exchanged can change based on context. June Lin Milliam is saying in a cutesy voice "Nukki, are you alright~?" and Franco Gerelt is saying "I feel a nosebleed coming on..." 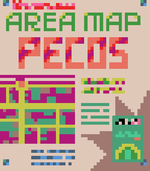 "Pecos" map found in the Apple Market Bookstore. The final version of the game has "KTOX" instead of "Pecos". 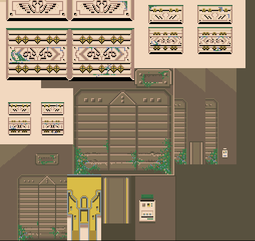 Presumably a leftover from the E3 1997 demo of Rockman Neo. It is a large shutter with a card reader and a small doorway to the right.

Another leftover from the E3 1997 demo of Rockman Neo. This was found within the Downtown textures.

This graphic was found within the game's files. Back when the game was originally announced, it was known as Mega Man Neo outside of Japan. It can actually be seen in certain E3 1997 videos.

Found within both the Rockman NEO build and Capcom Friendly Club build is an unused mode for nighttime. These can be found in ST51_DATA.BIN on the discs. 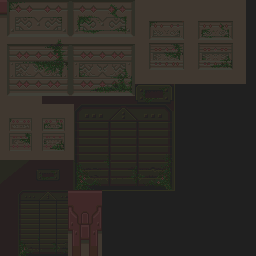 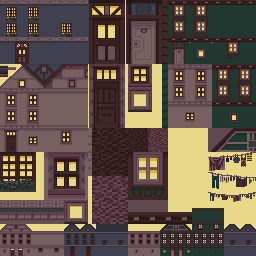