This page details one or more prototype versions of Ren & Stimpy: Stimpy's Invention.

An early prototype of Ren & Stimpy: Stimpy's Invention. That said, the prototype is way different than the final in every respect. In addition, only THREE of the levels in the prototype were used in the final. 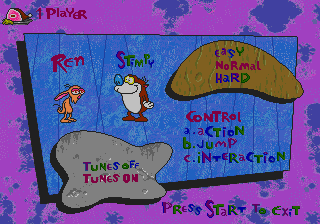 The title screen is absent, instead consolidating the option and main menus into one menu. Further, the controls shown on this screen are incorrect. The A Button is Action, the B Button is Interaction, and the C Button is Jump.

The first level in this build is a grocery store, with not much in it as far as obstacles or enemies go. 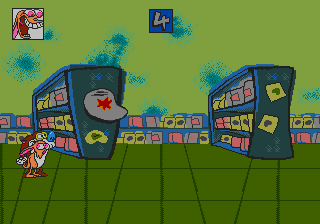 The start area, although not shown here, has two shopping carts that can warp you inside them when they touch you. They don't do any damage, and neither do most of the objects in this level. 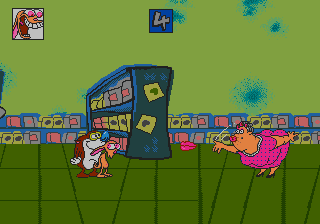 Further past the carts is the lady from the Fire Dogs episode of the show. She is mainly the only thing that can hurt you in this level. And yes, the kisses she blows at you can hurt you too. 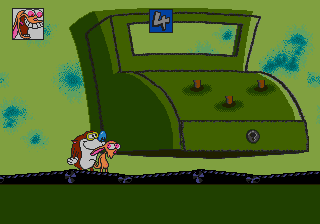 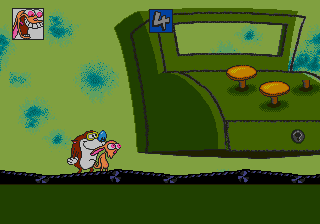 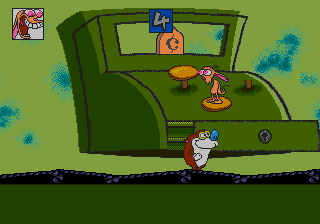 After getting past her and using Stimpy to get onto the conveyor belts, cash registers can be seen in the background. The cash registers have buttons that are spawned randomly (sometimes they won't have any buttons at all), and jumping onto them causes the till to open and a flag to come up. 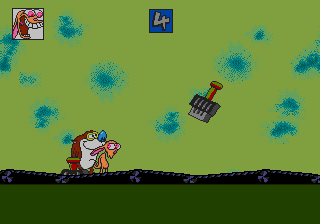 In between cash registers are void stamps that are meant to be enemies. They lack collision and don't hurt you. 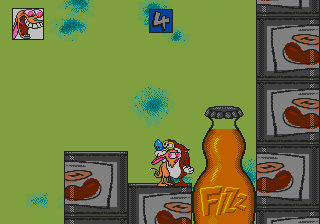 And this is the end of the level. The Fizz bottle most likely would have popped open, pushing the bottle cap up, sending you to the next level. Time for a level skip.

The freezer level, from what can be seen, was already picked to be the second level at this point. Although it is in more of a rough shape in the prototype, a reworked version was used in the final. 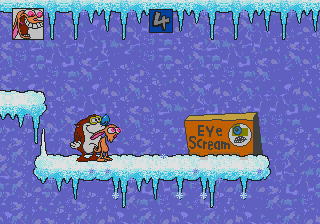 Looks like the Eye Scream pun was already thought up at this point, albeit the only available thing supporting this being the box, which in itself is also in a rough shape. The final version of the level has actual enemies made from this. 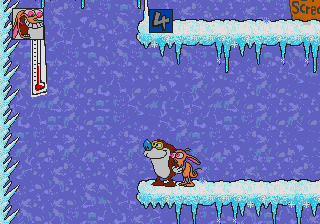 There is a thermometer hanging under where you spawn at in the early version of the level. 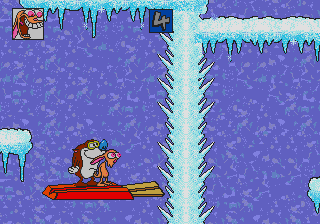 Popsicles are used in some spots as platforms. 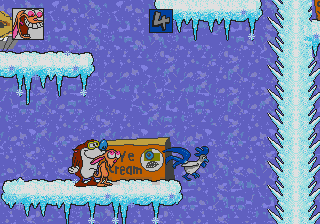 Looks like the chickens were already designed as enemies as well, the pies and chickens functioning fully. There is one small problem though: If a chicken pins you up against the wall and starts attacking you, it will keep attacking you. With a lack of invincibility frames, this prevents you from getting any further in the level, making the only way out by way of level skip or by resetting the game.

By entering the Pro Action Replay code, FF800A:????, while replacing the ???? with one of the values down below, you can see unfinished and unused screens right after the Sega logo. 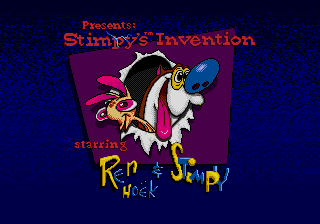 An early title screen for the game. It plays the same music as the final game. 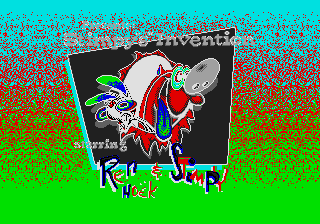 The same as the last one, but with the wrong color palette. 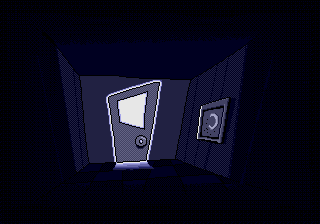 The rest of these until 0010 are for the opening cutscene. This one is Stimpy's lab room glowing from outside the door, similar to the episode from the same name. 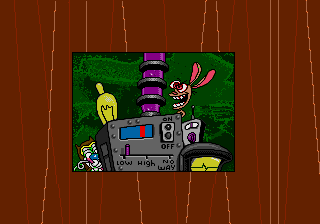 Ren and Stimpy next to the machine. 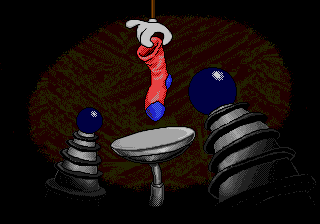 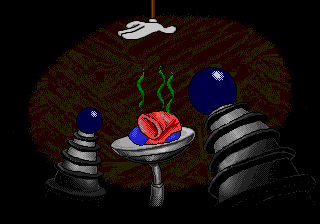 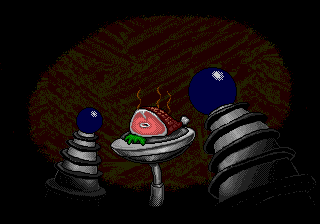 Stimpy places a sock onto the machine, turning it into meat. 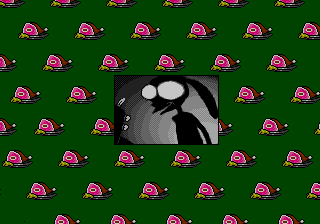 A very creepy screen of Ren staring blankly into the machine. 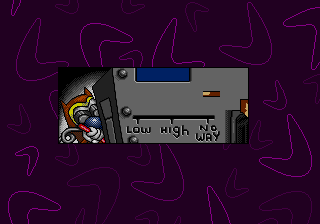 Stimpy working on the machine. 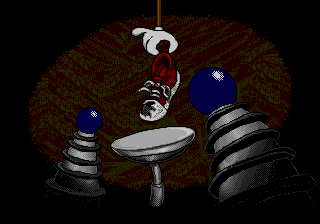 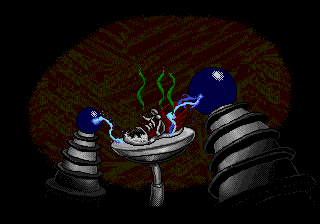 Stimpy now places a shoe onto the machine. The device shocks it until... 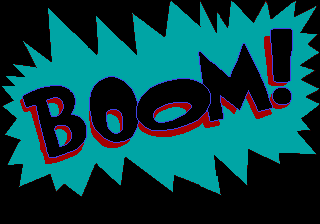 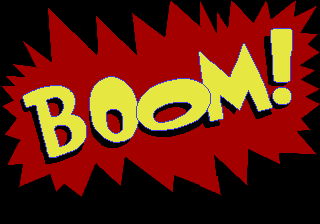 This is a very simple test level with various geometric shapes. There is not a whole lot of collision here, so you can fall through some of the platforms.