This is a sub-page of Proto:X-Men 2: Clone Wars. 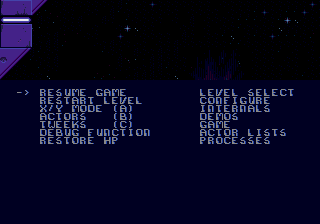 The debug menu acts like the ones seen in prototypes for Escape from Mars - Starring Taz.