Rocket Knight Adventures is the story of a noble opossum named Sparkster. Equipped with a sword and a jetpack, his mission is to push back the evil Devotindos Empire, destroy their massive starship, the Pig Star, and exact revenge against the corrupt Rocket Knight who betrayed the kingdom of Zephyrus and killed his adoptive father.

Upside-down (er, right-side up?) versions of the sprites shown when Sparkster slides down a sloped branch or pole. The only section in which Sparkster can hang upwards does not feature any sloped poles, rendering these unused.

Sprites of the orchestra with somber expressions. 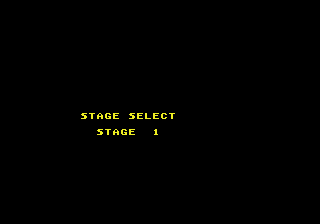 While Sparkster will scream if you enter the code in the European version, the level select flag is ignored and will do nothing. The US version does not check for cheat codes on the Konami screen (though the code's data is still in the ROM).

A minor change, but in the Japanese version, the sound effects for when you choose and confirm an option are a sparkle (used when you get an item) and a sword clash, respectively. In the international versions, these are a loud sparkle and Sparkster's rocket taking off, respectively.

The Japanese version features a different intro cutscene than the international versions, which is closer in style to the cutscenes seen throughout the rest of the game. It shows a group of opposums enjoying a peaceful day in the countryside, until a pair of pig soldiers appears and chases them away. The scene ends with the ghostly image of Emperor Devligus Devotindos floating in the darkened sky.

The international cutscene is darker and a bit more visually impressive, and depicts Sparkster standing on top of a pillar of rock in front of the castle. As he unsheathes his sword, the camera spins around behind him, and the same image of the Emperor appears in front of him and begins to laugh.

Although the opossum civilians were removed from the international versions' intro, they can still be seen running around the castle in the second half of the first stage.

The Japanese version features a small opossum orchestra at the beginning of every stage. The international versions replaced this with a zooming starfield and images of Sparkster in various heroic poses.

Continue and Game Over Screens

The orchestra was removed from the international versions' Continue and Game Over screens as well.

In the Japanese and European versions, you can only choose one of the two easiest difficulty settings. The last two must be unlocked by completing the game in the previous difficulty, or by using a cheat code. In the US version, every difficulty level is available by default. Additionally, the names for the difficulty levels were changed between versions:

Difficulty settings in italics must be unlocked.

The Japanese version allows you to fight against the very last boss in the easiest difficulty level, whereas the European and US versions end the game prematurely and tell you to try a harder setting.

As you'd expect, when the game tells you to try the next difficulty, it uses the appropriate name for each version.