Loaded with the other title screen's graphics is text for a "walk" mode. This would function like the run mode, but it is assumed you would move slower. Interestingly, the text is much skinnier than the one used on the title screen. 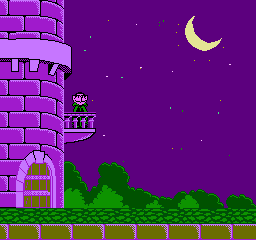 The stars that are actually used.

Level One: The City

A rock graphic, plus some other tiles found among the train graphics.

Graphics for...something...are loaded alongside the level's other graphics. 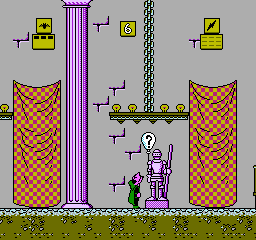 The tapestry used in the game.

While tapestry graphics are used in the castle, many of them aren't. 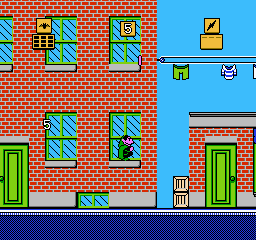 A warp exists in the game that takes the player from level one to level three. Go to the rightmost window of the second building (pictured above), and then jump while crouching. The screen will fade out and you will be taken to the third level.