Iron Rancher mode was a once-planned mode that featured more difficult mechanics for experienced players. This mode was scrapped mid-development due to not feeling like a good fit for the game[1], but some of its features are still present in the game's code in various stages of completion.

The following are modifiers that would have changed existing game mechanics:

Pure Saber slimes actually do exist! They need a mod to be re-enabled, though.

Was used in early prerelease versions as a placeholder for plot building menus. 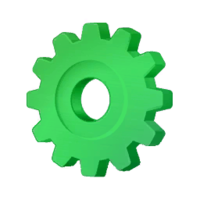 A gear icon, unknown what it was to be used for. 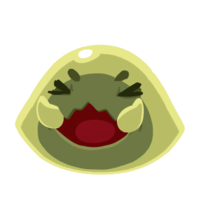 30 Chroma Packs were planned to be added to the game, but only 27 ever made it in. The three unused packs are a copy of the ruby, amethyst, and another one with no data assigned. The onyx chroma pack was also added to the files in Version 1.3.1 but was quickly removed in Version 1.3.1b.

There exists an unused 4th Treasure Cracker upgrade in the game's list of player upgrades: TREASURE_CRACKER_4. There are no graphics, text, or any functionality associated with it, and it will have no effect if applied to the player via hacking.