Small Soldiers: Squad Commander is a strategy game based on the film Small Soldiers. You control either the heroic Gorgonites or the evil Commando Elite in objective-based scenarios. The game plays like a typical RTS.

The game has a .BIN file (renamed text file) which lists debug options and a level select for the game.

Entering the key combination Ctrl-Shift-Q-W and then releasing W on the main menu will pull up a level select. 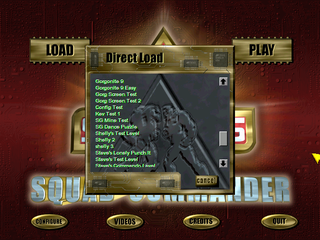 By using the level select, you can load up the game's many test levels, seemingly made by multiple people on the development team. 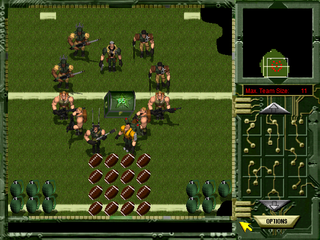 These levels have the Commandos and Gorgonites on opposite sides of a football field. To the left are various chests for the enemy team to spawn from, and to the right are a handful of power-ups to pick up. Around the player are also many grenade and football pick-ups, along with a spawn chest with 65 additional units. The enemy team also has a goal pad surrounded by spike pads, which the player can throw footballs onto.

Apart from the swapped teams, the maps are completely identical. 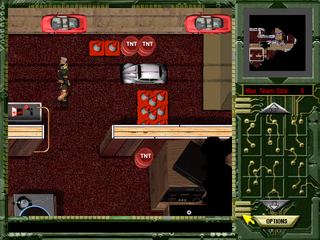 These two levels seem to share the same assets and "geometry" as Commando 4 and Gorgonite 8 respectively, albeit with different enemy, item, and player spawns, likely for testing various aspects of the levels.

The level names seem to imply a similar purpose to the Com Screen Test levels with the Gorgonites, but attempting to open them causes the game to crash. 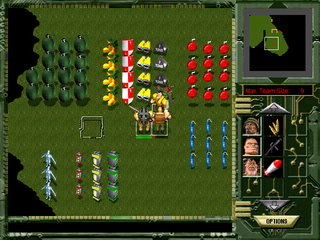 A large map made to test all of the game's mechanics. 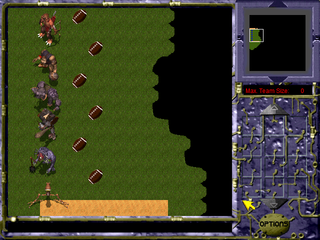 A very large map...with virtually nothing on it. The only things worth noting are the football pick-ups that can't be interacted with, some oddly placed brown tiles, and a small room filled with Commandos and Gorgonites that appear to be on a "neutral" team, as both will attack the player but not attack each other. Their color on the mini map is white. 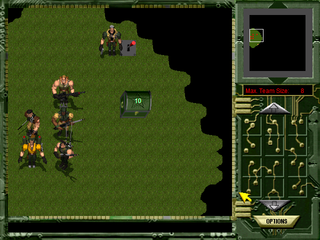 A map that, as the name says, is used to test mines. For some reason, there is a Chip Hazard unit that can't be controlled until the lever next to him is activated. 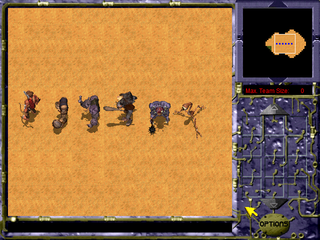 Another somewhat self explanatory map that has a "dance puzzle" to the left of the spawn point, which is done using simple red blocks that kill the player upon touching it. The map also has various pickups, enemies, and mines however. 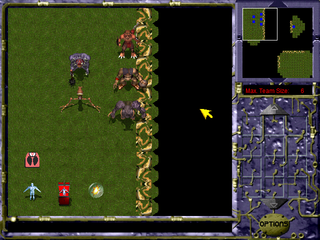 A small test map consisting of a few rooms. Only notable aspect of this level is there seems to be a placeholder disc object that summons a small fire when activated. The fire seems to do nothing and can be walked through with ease. 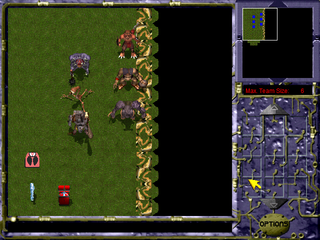 Identical to the previous map, but with some minor unit and item additions/subtractions. 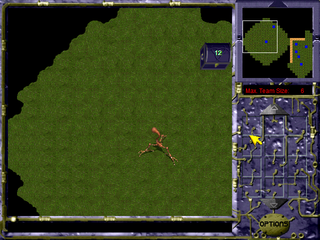 An even more bare bones map than the previous two, featuring only some units, a spawn chest, and some walls. 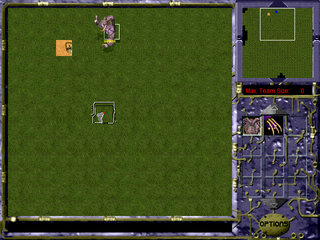 A barren map featuring a lonely Punch It unit, one enemy melee unit, and a fireball shooter that can be activated. 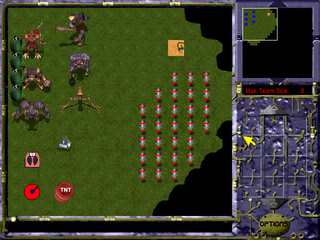 A standard test level with an excessive amount of health pick-ups. 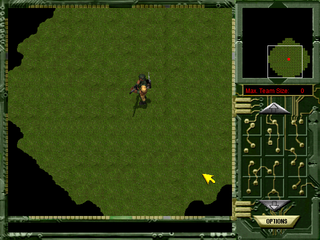 Identical to the last level, but with only one unit for each team. 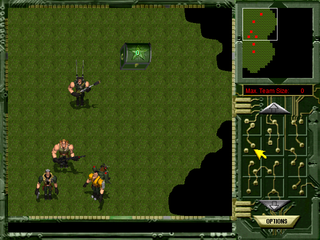 A small map with Commandos on one side and Gorgonites on the other with one of every power-up/pick-up in the game (minus the football) at the bottom of the map.

Present on several test levels are football pick-ups that can be thrown. On the football test levels, there is a pad that, when one is thrown onto it, will play a sound effect.

Present on several test levels are activation discs that, upon interaction, will spawn some fire. Where the fire spawns and how much can spawn vary from each map it's on.