Space Harrier 3D is a sequel to the original Space Harrier Master System port. It was one of the few games designed to use Sega's 3-D Glasses peripheral. The game would later be ported to the Nintendo 3DS as a bonus game included in the Sega 3D Fukkoku Archives compilation. 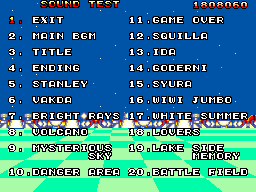 Get a high score (minimum 1,000,000 points), then enter SOUND as a name using controller 2. (The letters will not appear as you select them.) 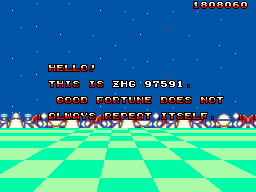