A very plain font, likely used for debugging purposes, can be found hiding in VRAM. 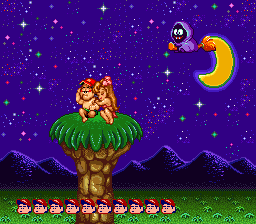 Rapidly pressing the X button at a specific rate during the intro cinema (where Tina is turned to stone) will slowly fill the bottom of the screen with Master Higgins heads, as well as increment an internal counter. Once this counter reaches a certain value, you will be sent on a tour of the game's five bonus stages, then dumped back to the title screen. 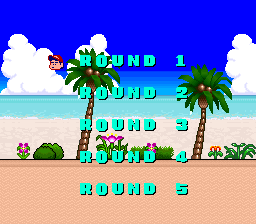 Wait for the title screen to appear two times, and on the second appearance, hold L, Right, and X and press Start.