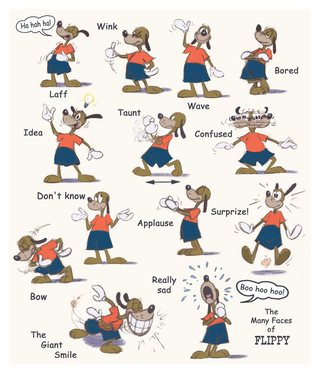 • Laugh was originally called "Laff".
• The infamous Taunt Emotion matches up with the unused animations and sound from the files.
• The Wink and Idea Emotions were scrapped.
• The Surprize emotion was originally different; it would have been based off what was seen in the 2003 commercial rather than reusing the attacked animation.
• Shrug was called "Don't Know", and Delighted was called "The Giant Smile" or "Big Smile".
• Really Sad originally had tears coming out of the eyes.