The Trolls in Crazyland 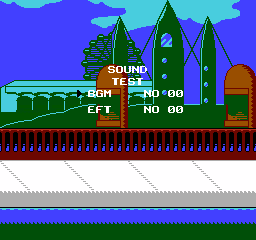 Enter the password !MGB. Press Up or Down to choose between music (BGM) and sound effects (EFT), Left or Right to change the value, A to play the current selection, or B to stop it. 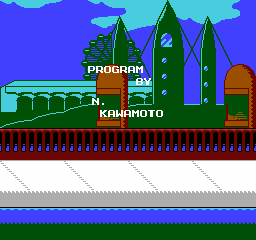 Enter the password Z!N* to display the message "PROGRAM BY N. KAWAMOTO" and start with 99 lives. The message was removed in the European version, but you still get the extra lives.

The same code can be found in another KID game, Banana Prince, though it's completely unused there. 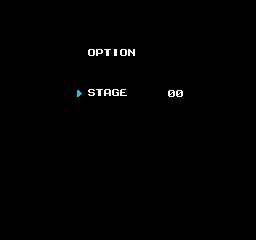 Enter Game Genie codes LAVINNKO OTVSEYVS (Japan) or IUXSNVZL EVUIETVS (Europe) and choose Password on the title screen to access a stage select menu. Press Left or Right to change the stage number (includes mid-stage checkpoints), B to reset the number to 00, and Start to start the game.

You can also choose stage FE to view the first ending sequence, or stage FF to view the second.

It seems that KID originally wanted to include their logo in the CHR, as with several of their previous games, but was forced to erase most of it due to lack of space. 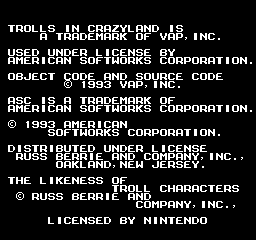 The European version adds a screen full of copyright info before the opening cutscene, while the Japanese version goes straight to the cutscene.

The title screen was redesigned for the European release, and as seen above, the copyright info was moved to a separate screen.

The music for the Space Ride stage was altered between releases. The echo was removed and the lead was moved from the triangle channel to the pulse channel.

The ending screens were redrawn and rewritten.