At any time during a game, hold A on the first controller and press Reset to activate these menus. 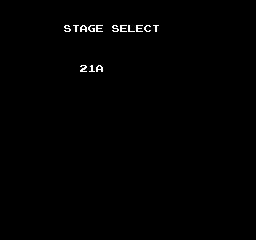 Press A on the second controller after a reset for a combination Stage Select/Sound Test (music plays automatically while changing number). 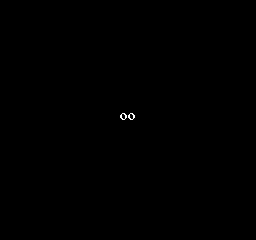 Press B on the second controller after a reset for a demo viewer.

These anime-like faces (caricatures of the game's developers?) can be found in the first CHR bank. It's not known whether these were meant to appear in the game somehow.

A couple of the game's cutscenes have changes between each version:

The scene following stage 6 has Reese getting shot in the head in the Japanese version. The US version simply has him getting jarred by an explosion while the background flashes, most likely due to the violence factor.

In the scene after stage 9, the close-up of Hart that follows the boss monster's transformation flashes a different color in each version.