WinBack: Covert Operations is a port of the Nintendo 64 game of the same name.

A single cheat, never unearthed before until now can be inputted when the PRESS START logo appears at the title screen. Simply enter this rather complex button combination stated below.

It's a rather tricky combination of buttons to input. There is no confirmation sound, so the only way to test if you did it is enter single player and lose some health then press Triangle + D-PAD Left to see if it activated.

Several unused maps, mostly multiplayer maps remain in this game. All of these maps have only two spawn points and the AI do not function correctly in these maps. You can activate the following code for BOT MODE matches to appear in them. This code is for the US version only.

Replace the ?? in the code above with one of the values listed below then enter a BOT MODE game. 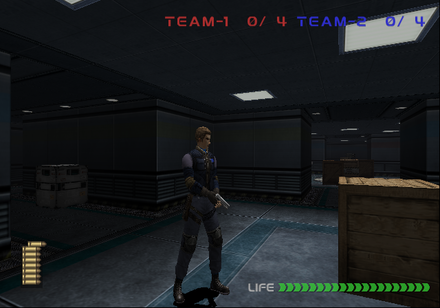 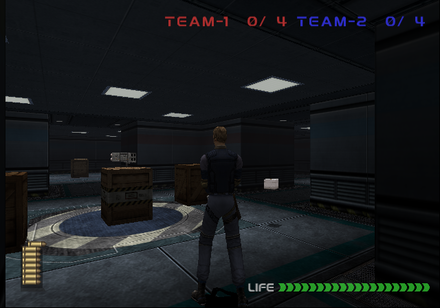 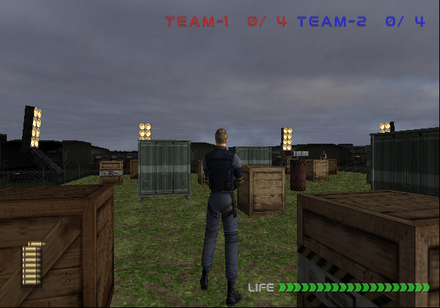 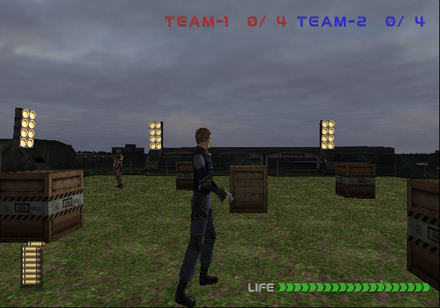 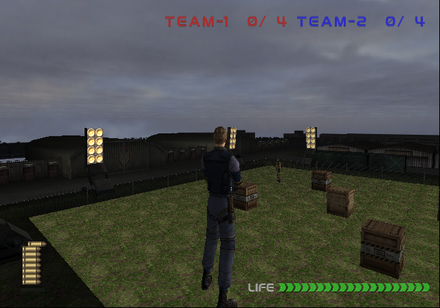 Interestingly, this is the exact same unused level ID in the N64 version of this game. It even has invisible collision for the pillars, and walkways still, however the background has changed. 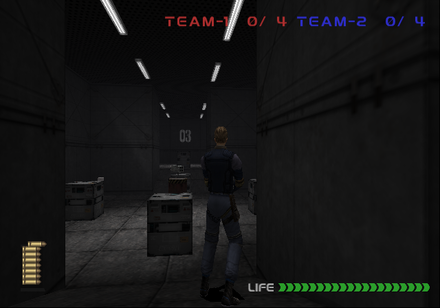 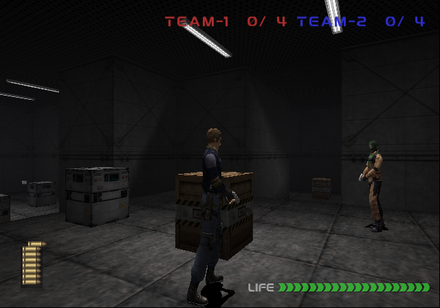 The used version of this map is value 40. The unused version has less objects and has different lighting. 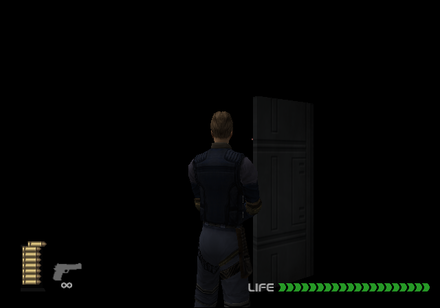 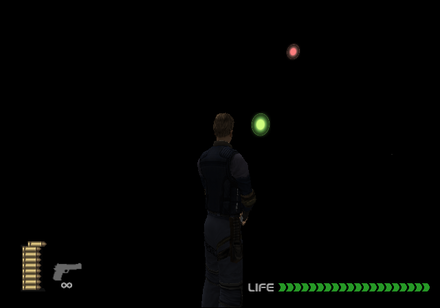 This map contains invisible walls and a green and red glowing orb that blink in about 3 second intervals. 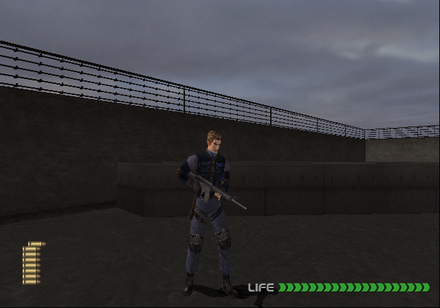 Two unused engineer characters for multiplayer can be seen below. You can also find these in the N64 version, however they are not black in that version of this game. They come in a pair with two different faces. You can apply the following code to play as them in BOT MODE. 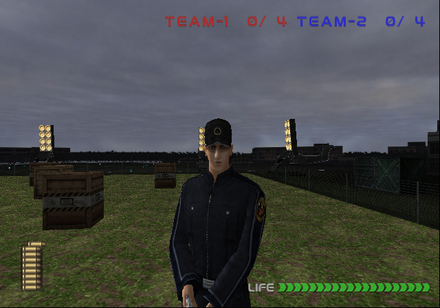 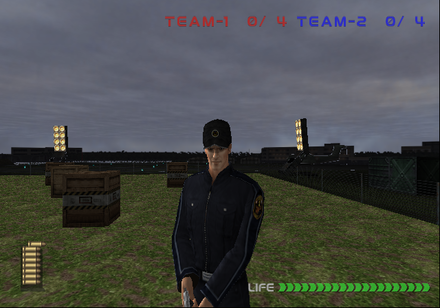