Ape Escape is a wacky game featuring a 10-year-old catching monkeys using a net. It was the first PlayStation game to require the use of a dual analog controller to play.

Debug menus are present in all regions. The following cheat codes change the behavior of the New Game and Load Game choices on the title screen.

301377?? 0098 sends you directly to the time station, skipping the intro movie and bypassing the first level. 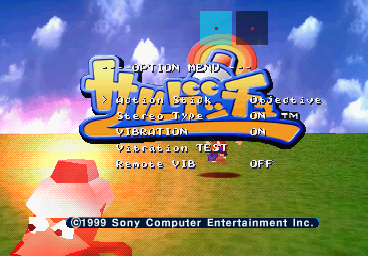 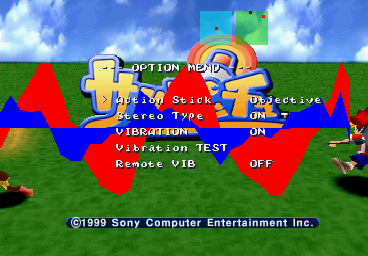 "Action Stick" relates to the right stick, and has two settings:

These settings can also be toggled in-game using one of the following codes:

Stereo Type and Vibration are accessible in-game via the Pause menu. 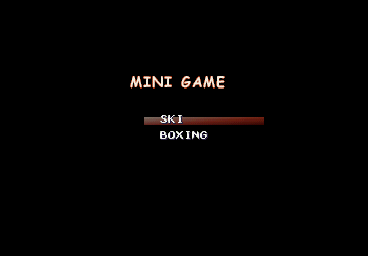 301377?? 00C8 opens a debug menu where you can open mini games, though only Ski Kidz Racing and Specter Boxing can be selected from this menu - Galaxy Monkey is not present.

Quitting a mini-game will send you back to the title screen. 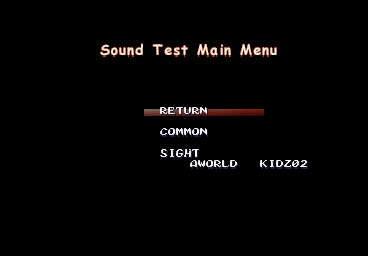 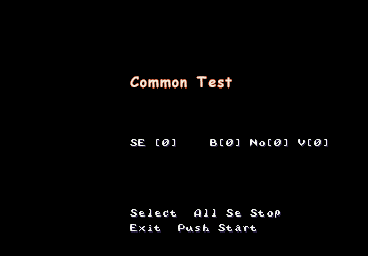 COMMON tests sound effects that are common for all levels.

Press the face buttons to play sound effects and Select to stop playback. Start exits back to the Sound Test menu. 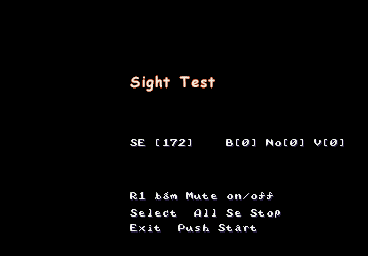 SIGHT tests the background music for any given stage, and any sound effects that are unique to the selected stage. 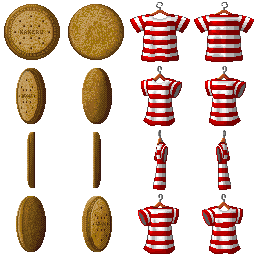 Graphics of a spinning cookie (health) and T-shirt (1UP). It seems there were initially plans for these items to be flat sprites, but in the game they are 3D models.

If you look closely, you can see "KAKERU" spelled in the center of the cookie, which is Spike's Japanese name.

Also notice the shirt design is different from the one Spike wears in the game. This one has red and white horizontal stripes, while his final shirt is solid red with a single vertical white stripe.

There are two possible lines Spike can say upon running out of health. There are two additional ones that are never heard in-game.

Two unused voice clips for Spike when beginning a stage can be found grouped with the ones heard in the final game.

If you use the Infinite Jump glitch to get to the normally-inaccessible street with the cars in TV Tower, and get hit by a car, you will instantly die. This behavior is not seen anywhere else in the game. Additionally, if you stand on top of a moving car, you will ride it until you reach the boundary, at which point you fall down.

The unused behavior can be seen at the end of the video. 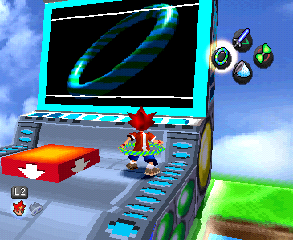 The image of the Super Hoop in the training space has a different design than everywhere else in the game, with a set of dark green stripes instead of yellow.

The main characters had their names changed between the Japanese, US, and European versions. Spike, Katie, Buzz, and Casi's names would get reverted back to their Japanese names in the European version for all later Ape Escape games (except the remake, Ape Escape P - known in the US as Ape Escape: On The Loose - mixing Japanese and US names depending of the character), as the PAL region would end up using the Japanese names for the main characters starting from Ape Escape 2.

Despite the later release date, the European version is likely an earlier build than the US version, as it is slightly less polished and bears some similarities to the demo.

The controller warning screens were rewritten in the US version to remove references to the original (pre-DualShock) Dual Analog controller, although the game does work with both. The US version also uses the same font for both screens.

The European title screen features a rather bland WordArt-inspired logo that is notably monkey-free.

The UK release features a completely separate voice cast from the US release, although they remain uncredited. This feature of having a UK dub would exist in all later UK versions of Ape Escape games.

The Japanese and European versions use different methods of anti-piracy measures. While the Japanese version uses anti-modchip protection and displays the standard "software terminated" screen, the European version instead uses LibCrypt protection, and disables controller input on the main menu. The player may only skip the intro and view the title screen.

This unfortunately prevents the European version from being played on a PlayStation 3 due to the software emulation setting off this measure.