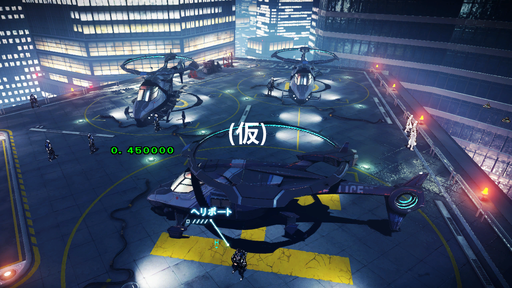 An overhead view of Neuron HQ's heliport, with the kanji for "temporary" (仮) over the image. 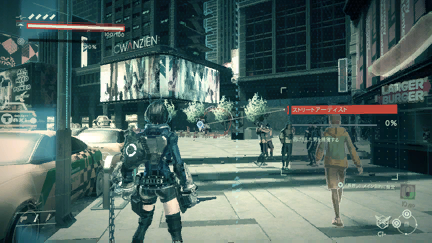 An image of the player using the IRIS, found in miscTex/tutorial_thumb. An early health bar and weapon menu can be seen on the left side of the image.

A series of images located in miscTex/heliport_thumb.

Some generic placeholders for quests and tutorials.

A placeholder found with the various attack effect textures.

Cutscene placeholders that each have a description of the scene in Japanese. In the game's data, they are upside down-- these are flipped vertically for readability. 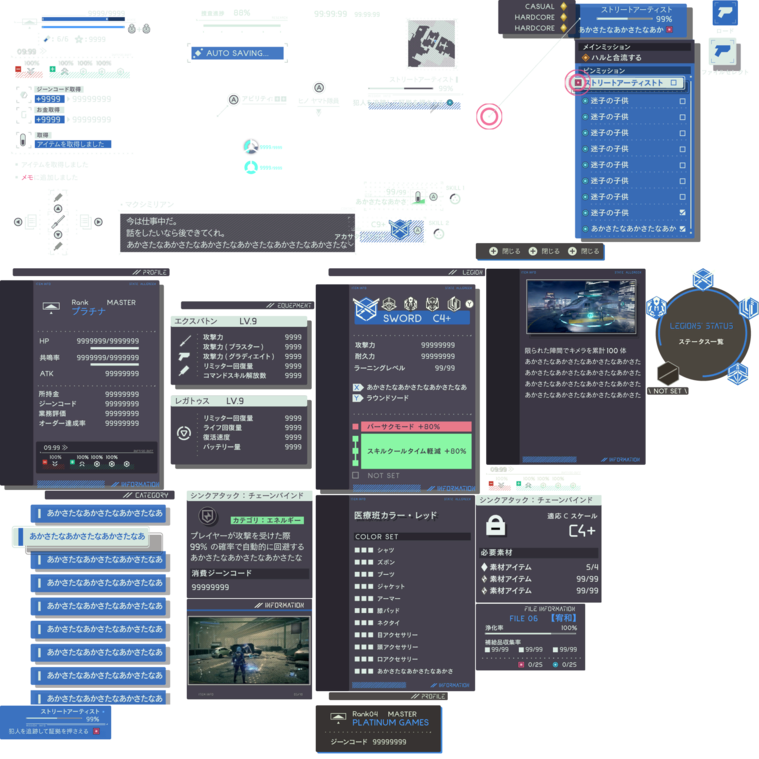 A massive image with mockups of various in-game menus. There are a few spelling errors, such as "equepment", but most of these graphics appear to match the ones used in-game. 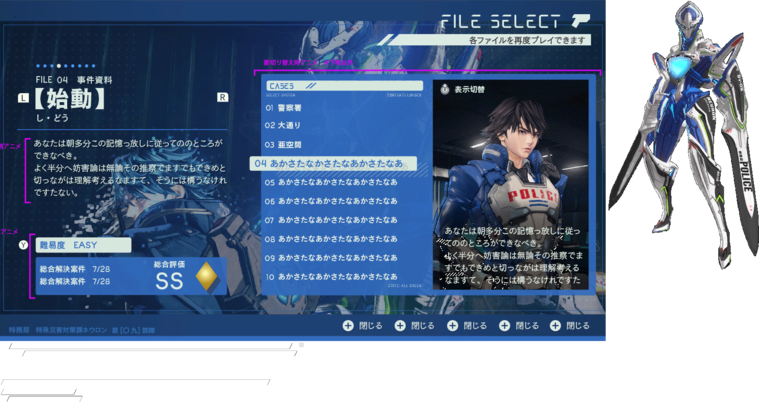 The file select screen (and an image of a Sword Legion). 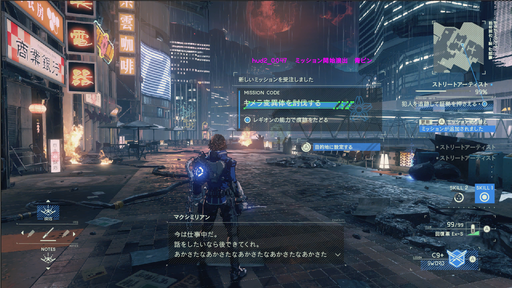 An in-game mockup. Like the early tutorial_thumb image, the weapon selection menu in the lower left is oriented horizontally. 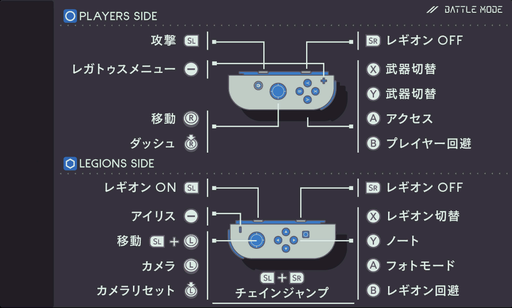 The control screen in the Options menu. 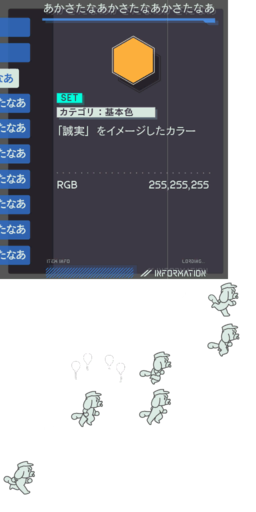 The screen seen when changing the color of the menus. The word "loading" is misspelled as "lording" in the lower right. Lappy's there, too! 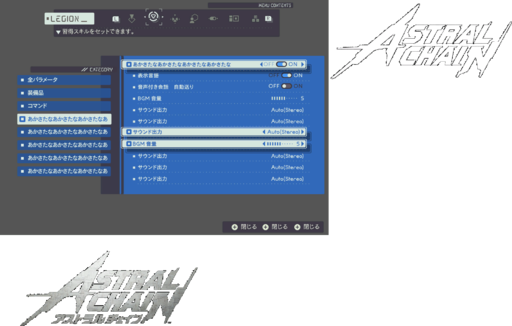 Various options with placeholder text, and the Japanese title logo. 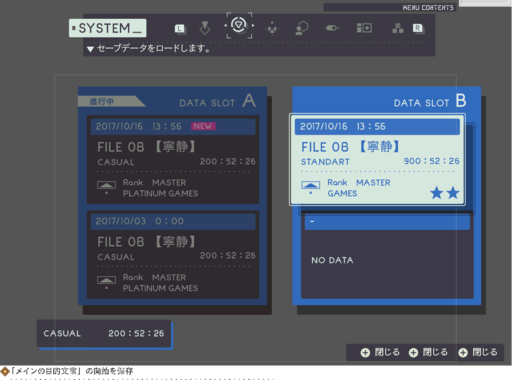 The save data loading screen. Of note are the dates (possibly indicating when the image was created) and the four data slots (only two slots are available in the final version). 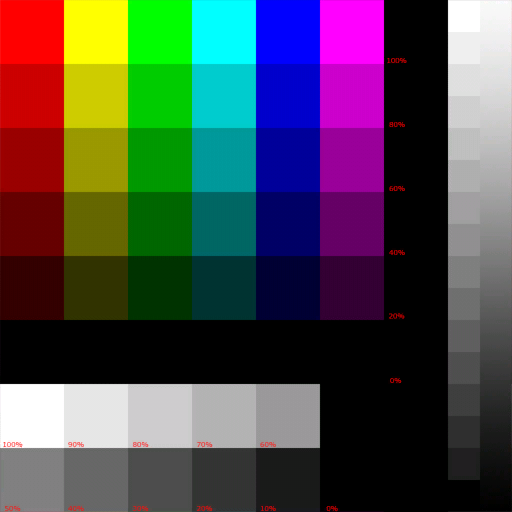 A color chart, with percentages that appear to denote their value.

An unfinished version of the Garage shortcut image can be found with the other, final images.

The game appears to be internally known as "PRJ_036", according to strings found in various places in the game's code.

One such string references a test room in ST0-- however, the final game's internal structure for the ST folders begins at ST1, meaning it may no longer be accessible.