Big Brother Brasil 3D... a solid The Sims wannabe based on the infamous Big Brother Brasil reality show— you deliberately trap yourself within a fancy-looking abode along with eleven other computer people, and loosely prompt yourself into loosely doing home chores and being a social butterfly, proving yourself a decent human being enough to win BIG cash.

The file test.wav inside folder sfx is a very short sine .wav sound, likely used as a placeholder. Can also be found in Sandy & Junior: Aventura Virtual and Acquária — it's of little to no wonder it can, as both games have also been made via the same engine and developer.

edredon1.ogg and edredon2.ogg are audio stings that suit very well the romantic "Duvet" interaction, mentioned in the game's HTML manual as something the characters definitely are able to do, under certain conditions. Unfortunately, no bed-related social interactions are ever available in-game, rendering the tracks below unused. 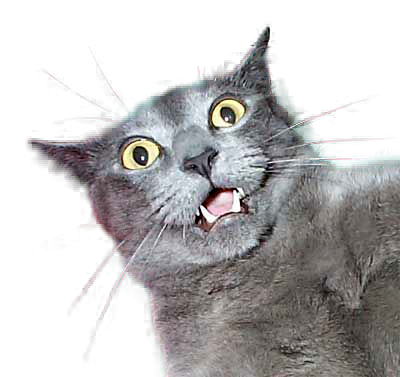 handle.png is but a stock photo of a feline in shock. Way too photo-realistic for the game's overall look-and-feel, it is strange to imagine one viewing it in gameplay.

Here is an unused heart kiss.png. Prompting your character into kissing their BBB housemate/competitor indeed triggers a suggestive sound effect, but this graphic, as its filename would objectively suggest, will not.