If you name the third save slot "GRIMLN", build information will be displayed on the Start screen.

HUD icons from earlier versions of the game can be found loaded in RAM.

One of the character portraits for the Siberia level is a simple placeholder image.

The game features a number of cheat codes which can be entered during gameplay. There are six cheats which have been disabled in the final game by putting an unmapped letter (z) in front of them, but they can be re-enabled with a hacking device. To make them work, your save file must be named ICHEAT, the specific cheat's GameShark code has to be enabled, and the button code must be entered during gameplay. Interestingly, one of these cheats can be seen being used in a pre-release screenshot. 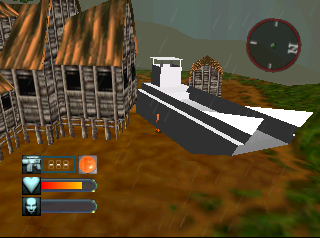 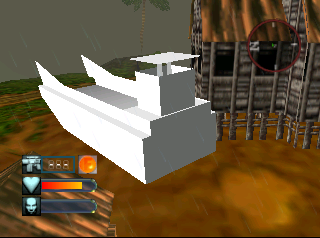 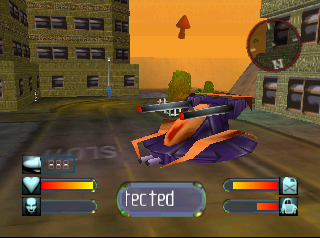 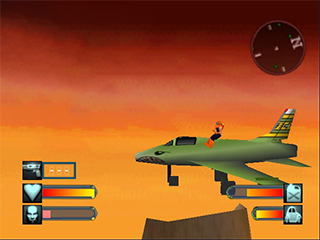 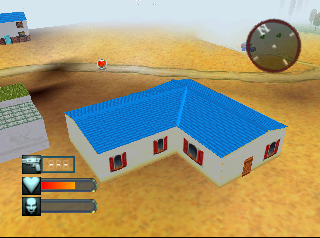 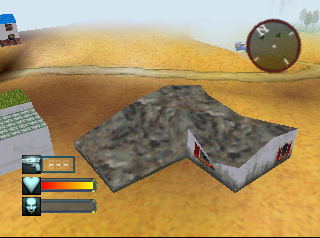 The game had a debug menu during development, but the main function, which is still called from the gameplay loop, has been nulled in the release builds (800959dc (US)). These are the major menu headings: 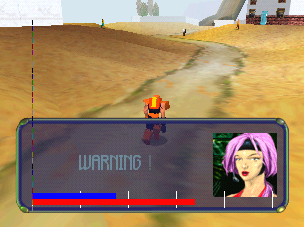 You can activate what appears to be the Timing Bars feature by changing it to something greater than 0000. The two bars seem to measure how long it takes to draw a frame, or something similar, as they grow in length as the game gets busy and slows down. 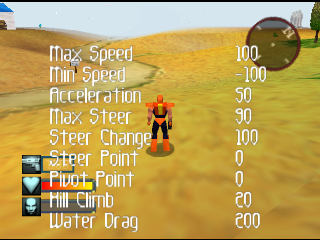 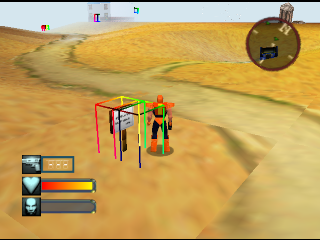 Setting the halfword at 80047710 (US) to FF9D allows a function, referred to as "DisplayForces" by some debugger text, to run in its entirety. It draws bounding boxes around some objects. 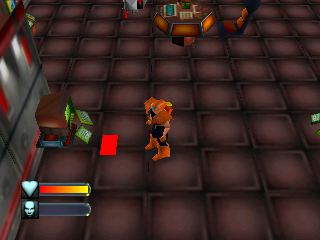 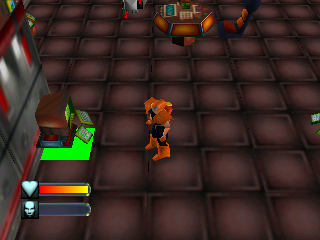 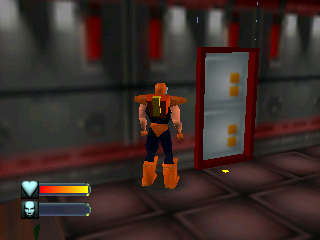 There is an indoor object debugger still in the game and active with no hacks or button codes. While inside a building, the controller in port 2 controls the debugger. If you have a hack in place to view the debugger console output mentioned below, you will see useful messages about the current mode, selected object, and changes you make to its state. The L & R buttons are used to choose the active object from those in the current room. The A button cycles through the available debug modes, when you first enter a building it will always start off.

There appears to be a debug camera mode also, although how it is activated properly is uncertain. Set the byte at 800E73DF (US) to 2 or 5 while indoors and you can move the camera around with the buttons on controller 2.

If you hold Z on controller 2 while changing weapons to the pistol, the game will select gun model 0 instead of gun model 1. However gun model 0 appears to be part of Adam's armor and not a valid weapon model, so as long you hold Z Adam will just attempt over and over again to draw the pistol without success.

Pressing R on controller 2 will open the shield wall portal to the next part of the stage, allowing access to it without killing the current processor.

There are also a lot of debugging messages still in the game which are sent to a nerfed debugger print function, they look something like this when working correctly:

Both the US and European releases feature two levels of difficulty, Hero and Zero (EU)/Easy (US). On the US version's Easy difficulty, you can complete the entire game. However, the European version's Zero only lets you play the first three levels. After completing America, you receive the following message:

The first message you receive from Daisy is different in each version: