This page details bugs of Sonic the Hedgehog 2 (Genesis).

Sonic 2 has many bugs, some of which were fixed in later revisions of the game.

If Sonic/Tails destroys a badnik, and Tails/Sonic quickly destroys another badnik in 2-player mode, Sonic/Tails will get 200 points, since the game never checks which player destroyed the badnik.

Super Sonic at End of Level 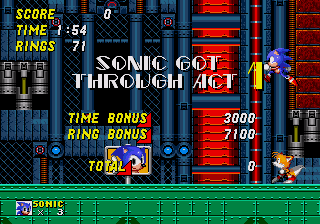 There's an extremely horrible bug that can occur as Super Sonic. If the player has at least 50 rings and transforms at the end of the level before going off-screen, Sonic will turn to normal but will be stuck in the air, softlocking the game. This was thankfully fixed in REV02.

A similar bug can occur with capsules, though because the results display no matter what, this will not softlock the game. 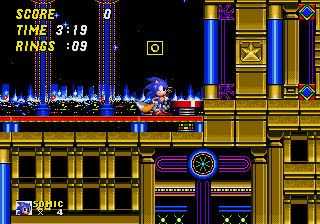 In REV00 only, it's possible for ring monitors to exceed the 999-ring cap, which will glitch out the HUD. Fixed in REV01 and all future revisions.

Placing an object in Debug Mode after dying will crash the game; this is because the highest bit of object variable $01 is never cleared, causing the object to never fully initialize. Ironically, REV00 tries to prevent this with a sanity check that checks if the mappings have been fully initalized, but the code it jumps forces the game to read address 0x00000001 from a word address, causing another crash (this was likely done to fix Sonic 1‍ '​s "clusterfuck" bug).

Due to a programming oversight, the Super Sonic ring drain is actually 61 frames instead of 60. This essentially gives the player an extra second per 60 rings.

When the game does the palette cycle routine for Super Sonic, it uses "blo" instead of "bls". As a result, it skips the last frame of animation. 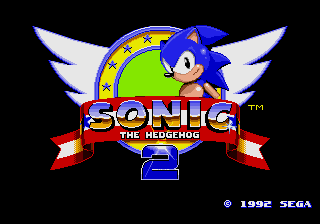 There are three bugs relating to the title screen:

The Aquatic Ruin, Casino Night, and Mystic Cave boss addons don't fall apart as they should. For all other bosses the parts fall in individual directions, but here they either fall in the same direction (Aquatic Ruin) or the wrong one (Casino Night/Mystic Cave). 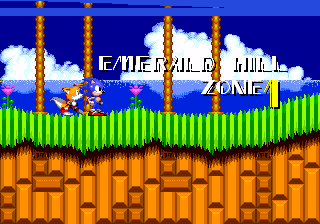 One of the frames of Emerald Hill Zone's title card doesn't display properly. Oddly, this only became an issue in Beta 5.

In Emerald Hill Zone, the bottom two pixels don't scroll correctly. This was fixed in Knuckles in Sonic 2 and 3D Sonic the Hedgehog 2, but not in the vanilla version of the game.

If the player breaks a rock and then destroys a Rexon in a certain way, the game will crash. This is because the game is jumping to code it's never meant to, resulting in invalid opcodes and an eventual crash. Fixed in REV02.

In the Sonic Classics version of REV02, it's not possible to spindash off the Tornado. This is since the game originally checked for whether the player was standing on the Tornado, only for Sonic Classics to check if they're facing left.

Using the 14 continues cheat (01, 01, 02, 04) will continuously play the Oil Ocean Zone theme. This is because instead of playing $BF (the continue sound), it instead plays $3F. As that is an invalid SMPS command, it causes the Sound Driver to malfunction and be unable to play new sounds.

Presumably, whoever programmed in the cheat code use the sound test IDs instead of the actual IDs, as the continue sound does appear as $3F

The game is programmed to restart the Death Egg theme after beating Mecha Sonic...in theory. However, the instruction uses the wrong data length to pass Death Egg's music identifier to the function for switching tracks, resulting in the game instead pointlessly trying to play track #0.