Chameleon Twist is a short game starring four alleged-chameleons that followed a White Rabbit to a strange world. Then they just start beating up everything in sight...

This odd shoe monster has a full set of animations for each angle, like the rest of the enemies in the game.

At 0xF4B6C in the US ROM, the following code fragment for the credits can be seen. Note that this uses EUC-JP encoding.

The Japanese text present in this code translate as follows:

Apparently, Japan kept all the good stuff for themselves. The international releases seem positively unfinished in comparison!

In the non-Japanese versions, if you start the game with the Memory Pack inserted, you'll receive a warning message. This message does not appear in the Japanese version. 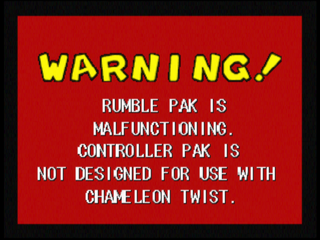 Some levels have had drastic modifications to their layout.

In the fourth room you can go into, there is a ring of crowns surrounding a single orange Heart in the international release. This was replaced with an area full of rising platforms, wooden poles, and marching Ants in the Japanese release.

The Fight against the Ant Queen now features a health display. Also, the Japanese release moved the ceiling higher up, for whatever reason.

The first spike platforms the player encounters are made up of two straight platforms in the international release. Japan made a decidedly less straight path for their spikes.

Like the Ant Land boss, the Desert Castle boss has also been given a health display.

In the fourth room, there are but three platforms and a crown in the international release. In Japan, there is a swarm of ice cream sandwiches, a glass box with a crown in it, and five platforms. After all of the ice cream sandwiches are destroyed, a shrinking powerup appears on the fifth platform. The player can now go into the box to get the crown. If the player is still in the box when the powerup wears off, the box shatters.

The fifth room has also been modified: In the international release, there is a large stack of crackers leading up to a tall wall with a wafer creature waiting to be hit. In Japan, the wall has been made much shorter, and the crackers have been replaced with a pit. In the third room with wafer monsters, the exact same modifications have been made. 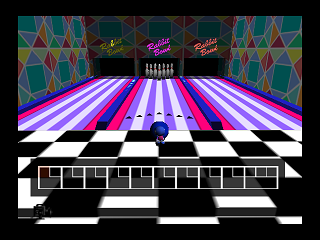 The most significant difference, however, is the addition of a bowling minigame. In the area with three platforms encircling a wooden pole, the White Rabbit is standing by a door. If you have a certain number of carrots, he will let you pass through to play the game. This area is like bowling game in Chameleon Twist 2, but you can't position the ball, making it significantly harder. If you get enough points, a crown will appear in the room. The pins will also take on the appearance of the player's chameleon, just as it does in Chameleon Twist 2.

The entrance to the Pool mini-game has been moved. In the international release, it was set right near the level's entrance. In Japan, it was set in one of the early rooms, with the Rabbit standing right outside. 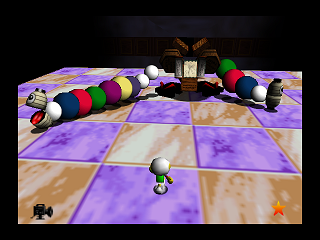 In the international release, there is no difference between the bosses' fights in their stages and in this stage. However, Japan made the Boss Rush battles much more challenging than in their stages. All of the bosses have been made faster, stronger, and mind-bendingly hard to beat. 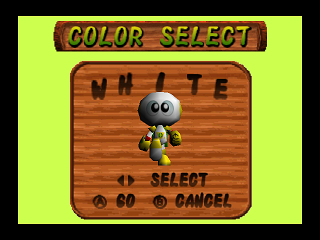 After beating the game once, a white chameleon is unlocked. This chameleon is aptly named White. White has no abilities or quirks that set him apart from the other chameleons. He's just... white. 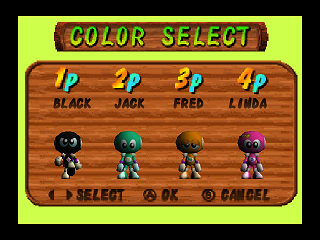 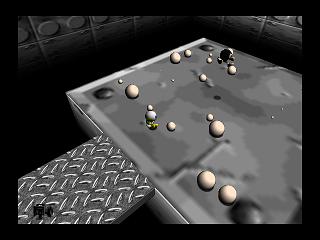 There is also a black chameleon to unlock. This chameleon is named, of course, Black. Unlocking him is not as easily done as White. In Bomb Land, there is a barred doorway, guarded by the White Rabbit. To get past the bars, the player must collect all five carrots from the game. Through the door is a small arena, with Black standing in the middle. The player must defeat Black to get a crown. After his defeat, he is unlocked for Battle Mode, but not Story Mode. Black cannot be unlocked as playable for Story Mode, perhaps to keep from having Black face off against himself, though he can easily be hacked into Story Mode.

In the Japanese version, when the last boss dies the player's chameleon escapes through a narrow hallway before showing the credits. In the international version, the screen fades out to the credits directly. 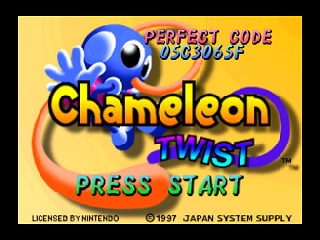 After beating the game once, a new challenge appears: After starting a new game with White, a star is put in the corner of the screen. If the player gets hurt even once during the course of the entire game, the star goes away. However, if the player is not hurt once throughout the entire game, the game will show a special code, called "Perfect Code", after the credits roll. After this happens, the Code will be displayed on the title screen for all to see. At this time, it is unknown what the code does, if anything.