ClayFighter: Sculptor's Cut is an upgraded version of ClayFighter 63⅓ with four new characters that were cut from the original game, along with several other updates. It was released exclusively in the US as a rental from Blockbuster Video, and thus is among the rarest of Nintendo 64 games. 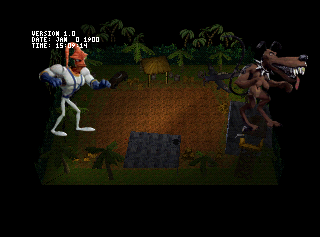 The game returns to this screen after the match. 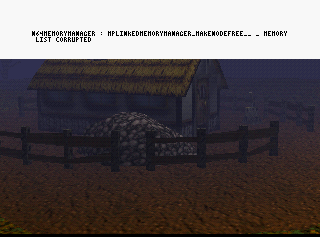 If the game ever crashes, it'll print a single line at the top of the screen about the crash.

In the animated intro for ClayFighter: Sculptor's Cut, a theme song plays that is overlayed with sound effects drowning out the song. However, due to this being an overlay, the original song is played in a separate layer unheard through normal gameplay.