Creation was a highly-ambitious title set in the same universe as Syndicate and at the same time as Syndicate Wars. The player would have controlled one of the stewards of the planet Proxima Centauri IV, aka Creation, who take care of the last vestiges of underwater life that have been transported to the terraformed planet following ecological disaster on Earth. However, a species of alien fungus found on Creation puts the new world in danger as the Syndicates realize it can be used as a drug and weapon and hence want control of the planet. The player would fight back by manoeuvring their armed submarine through a highly-detailed underwater world.

The game was in development for about five years, being scrapped after intended publisher Electronic Arts lost interest. An early demo build was included as part of the Bullfrog Christmas Demo CD in 1995, which was hosted on various magazine cover discs (including PC Zone Issue 37).

The demo gives the player around two minutes to explore the ocean. In this time the player can observe various fish and schools of dolphins. Killer whales can also rarely be seen, and the rarest sight of all seems to be the uniquely-named orca "Daisy" as mentioned in the briefing text, who has a green tracking marker on the HUD when approached. After two minutes, control of the player's craft is overridden and is forced to a location where sinister pulsating egg-like fungi can be seen and a final jump scare ends the demo...

As with the other demos from this CD (including Theme Hospital and Syndicate Wars), Creation uses a shared sound setup system that would install sound drivers on the player's local C: drive. Without this step ran first the demos have no sound. All the versions of this demo found on the internet as of writing have not had this step followed, so do not work properly with no sound or music played.

An incomplete version of the teaser demo can be downloaded here.

The game accepts the following inputs:

Additional controls not listed in the in-game tutorial:

For whatever reason, the demo won't end correctly if the high-res or third-person modes are enabled, with the game delaying the final scripted scene indefinitely until both are turned off.

Creation seems to have worked in the same way as Syndicate Wars in that a mission would be defined by the map file containing the actual terrain and a .lev file that would contain the creatures that would populate a level. The demo contains two .lev files - DEFAULT.LEV and BDEFAULT.LEV. The latter, which goes unused, is dated a day before the former, and will be loaded by the game if renamed to DEFAULT.LEV and used to overwrite the other level.

It's mostly the same as the final level, but much more sparsely populated. The very first start area shown in the uncontrollable part of the demo has the same shoals of fish and plants, but all the other NPCs in the default level are missing including all dolphins, and seemingly even the fungi at the end. However, there actually seem to be a lot more NPCs defined in the early file than the used file, so possibly they are simply at a different location to the start mandated by the demo executable. This is most obvious when the player's craft is taken to a different location that doesn't match up with the HUD dots for the fungi, although the final animation of the tentacle still plays. The most interesting difference visible in the older level is that Daisy the killer whale actually has her calf with her, whereas she is alone in the final level. 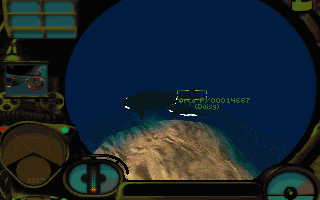 The demo contains a lot of random text relating to the state of an object, as well as when and where in the game that object could be.

An FPS display. Some footage seen in the Bullfrog Progress Report shows this.

Obviously would have been displayed when paused. This doesn't show up in the demo when pressing P.

A build date. A different message shows up after quitting the game, and this is not displayed when starting the game either.

The file TEXT.DAT would presumably have contained the game's text messages. In the demo it only contains the following dummy string:

The player's craft in the demo seems to be unarmed. However, debug strings in the executable seem to show definitions for various weapons:

There's also text for a function called "create_cetacea_projectile", which suggests the dolphins could fire projectiles as well!

The file PANELHI.DAT contains a raw image for a high resolution 640×480 control panel/HUD (when the demo is put into high resolution mode it has no HUD at all). This differs from the basic low resolution design used in the demo, but has many recognisable parts. Its various Steam gauges are missing. If the PALETTE.DAT is used it fits in with the low res colour scheme. There is also a further palette file PPAL01.PAL that may also have been used. Applying this to the graphic gives it a deep red tint, which matches up with some of the magazine pictures of the game. Presumably this would be some kind of danger mode for the sub.

The demo's files include two 3D object formats - .PRJ files and .DAT files. .PRJ files seem to be a variant of 3DS Max objects, something Bullfrog talked about directly importing into other games of theirs (most notably Syndicate Wars). The .DAT file models contain a header stating "BULLFROG OBJECT DATA". These seem to be leftover files in an older file format, and are not actually loaded at all by the demo.

These are the older .DAT models. They aren't loaded by the game, but their filenames give a good clue as to what they would be:

These are .PRJ files. The following are not loaded by the demo. It's possible to see what these are by replacing another model with them, most obviously the player's own sub (SUB15.PRJ), although the textures seem wrong: 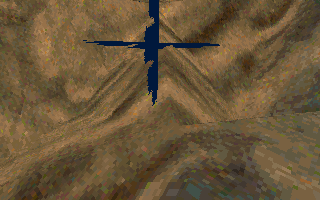 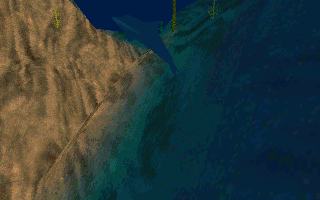 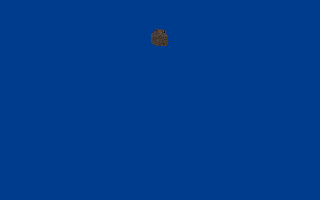 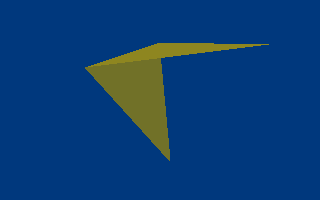 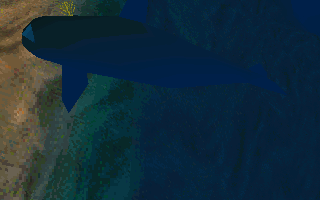 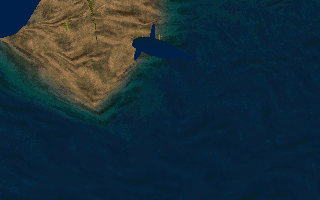 The demo only includes a single .xmi file MUSIC.DAT that consists of the introduction music and some sparse bars that play in-game. However, debug text shows there are various functions for "DangerMusic" suggesting the full game would work the same way as Syndicate Wars with dynamic music playing when the player was in danger.

The file SOUND.DAT contains only the demo's narrative speech and the final sting music played at the very end (appropriately named HORROR.WAV). There are no actual sound effects of any kind included in the demo.

As with Syndicate Wars and Theme Hospital, it seems the demo contains the games' editor. However, it's also prevented from running, as in those games. If the -editor commandline argument is used, the game loads as normal, but controls no longer function when in-game. Once the final scene plays, the game will keep running with only a black screen visible.

However, the editor's graphics are present in the files WINBUT.DAT/TAB. It's not clear what palette these should be using, but the most reasonable looking one is the file GAMEPAL.pal, which is also what is used in-game anyway. As with the editor for Syndicate Wars, it seems this would have been a similar Deluxe Paint-style vertical toolbar, with buttons that seem to have been used for raising and lowering the sea floor and even seem to include options for islands that would protrude above the ocean surface, something that doesn't seem to be possible in the demo. It's also possible these may have come from Magic Carpet, which shared many parts of its engine with Creation.

What look like yet more editor buttons can be found in BUTTONS.DAT/TAB:

There are also mouse pointer graphics that are clearly from the editor as well, contained in the files POINTERS.DAT/TAB. It's again unknown what palette they used, so the below were exported using PALETTE.DAT. They seem to show respectively a regular mouse cursor, one for interacting with cetaceans, one for plants, one for regular fish, and one for buildings.