This is a sub-page of Development:The Simpsons: Hit & Run.

The Art\Character-models folder contains the original Maya files for all the characters in the game, including some from the FMV cutscenes. 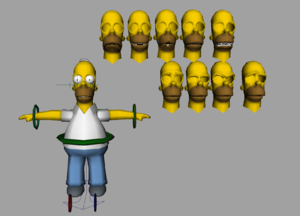 Homer\old_homer_fmv\homer_fmv_w_blendshapes.mb is an early version of Homer's FMV model. 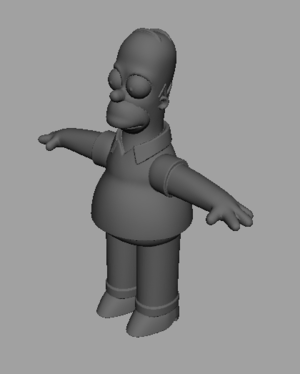 Homer\Homer_FOX_scanned_model\homer_scan.mb is a very high poly model of Homer. As the directory name indicates, it was sent to the developers by Fox, to use as a reference. It's not wholly clear how the model was made or where/when it originated, though it greatly resembles his 3D model used in Treehouse of Horror VI's final act, Homer³.

chars\normal\homer\scenes\animations\hom_idle_sleep.mb seems to be an unused idle animation for Homer. 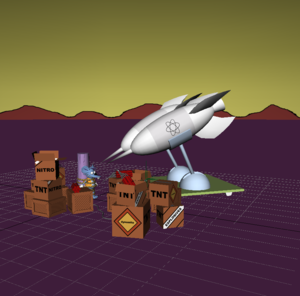 "WOW! They'll never let us show that again! Not in a million years!"

Props\IS_Set\scenes\full_set.mb is a recreation of the Itchy and Scratchy cartoon Burning Down the Mouse, from the season 5 episode Homer Goes to College. 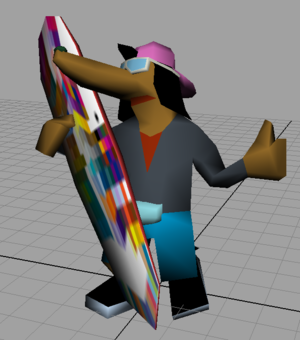 Pootchy/pootchy_F.mb is a model of Poochie. The texture for his surfboard is missing. Given the low-poly nature of the model and the fact that it is already pre-posed, it is possible it was originally meant to appear alongside the Itchy and Scratchy balloons in Level 2. 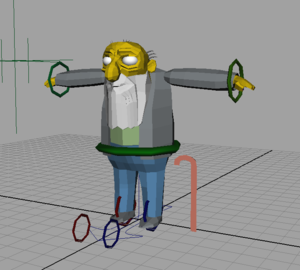 Jasper/jasper_FMV.mb is a model of Jasper meant for an FMV cutscene. He was likely meant to appear in the Level 4 cutscene, as earlier versions of the game's story had Jasper tell Marge about the crop circles instead of Grampa. 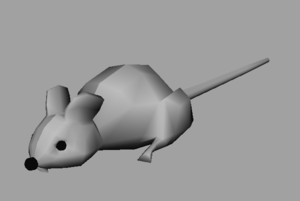 Mouse\mouse.mb is an unfinished model of a mouse.

According to characters.xls in the aforementioned Character_models folder, Sideshow Bob and Poochie were meant to appear in the game. While a model of Poochie exists, the same can't be said for Sideshow Bob. 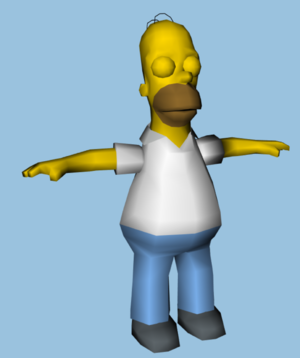 game\exportart\nis\gags\Level1Homer.p3d is an early model of Homer seen in some document screenshots. The most noticeable difference is his beard color.

game\exportart\Cars\Drivable\frink_v\frink_veffect.p3d is an animation for the Hover Car that makes it emit green smoke when being driven.

game\exportart\levels\L01B\z1\animated\chimney_smoke.p3d is an animation for smoke coming out of the Simpsons' and Flanders' house chimneys. 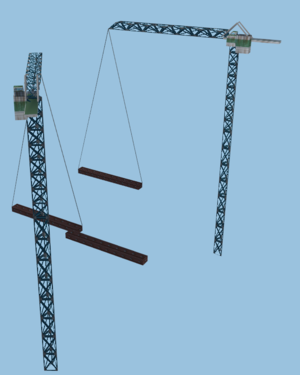 game\exportart\levels\L02\r1\Animated\Cranes.p3d is a Level 2 version of the cranes seen in the construction site in Level 5, this variation never gets used in the actual game since the card that they lead to is only present in Level 5. 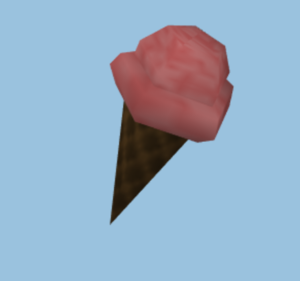 documents\exportart\missions\art\level01\icrm.p3d is a model of an ice cream cone. 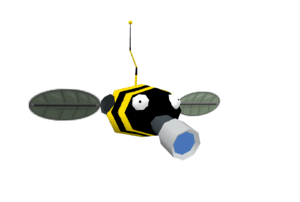 game\exportart\missions\art\generic\camera.p3d is one of two early wasp models that can be found. This is completely different to the one used in-game, having a cartoonish and less serious design than the wasps do in the final game. The unused wasp camera icon found in the game's files use this model. The file dates to the 10th of June but a majority of files in that folder have the same creation date down to the second, so it is possible this date is not correct. 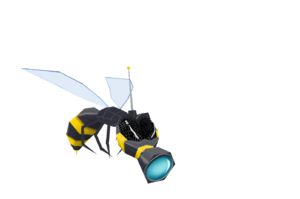 Art\Character-animations\chars\normal\wasp\p3d\camera.p3d is the second early wasp camera model. This one appears to be higher quality than the one used in the final game. This could potentially mean it was cut to help performance. But it could also have been intended to be the model used for cutscenes, it being placed in the art folder could support this. This model dates to the 25th of May 2003. meaning it predates the previous model if we assume the dates on that one are correct.

game\libs\sim\apps\coverage\bin\art\ contains a number of P3D files that seem to have been used to test the game's collision engine.

A model of Max Guevara from James Cameron's Dark Angel. The collision used on this model is far more detailed than the character collision used in the final game.

A model of Mike Wazowski from Monsters, Inc. Scream Arena found in the CompressionTest folder.

The Red Brick car from The Simpsons: Road Rage. Unlike the version in Road Rage it does not contain any actual vehicle data, so it was likely just a simple physics test object (though an updated vehicle version does appear in the final game).

A cylinder-shaped test object likely used to test Collision Cylinders with flat ends. Interestingly, there is no model present inside this file, only collision.

This file has the same collision data as simcyl.p3d, but also has an accompanying cylinder model.

This file is almost identical to simcylinder.p3d, but the collision is set to be round-ended instead of flat-ended...for some reason.

A basic cube model...or so it would seem. In actual fact, the collision for this object contains many shapes other than just a cube.

A sphere model, likely used to test Collision Spheres. But unlike the other test models, this one is red! Exciting stuff.

Retrieved from "https://tcrf.net/index.php?title=Development:The_Simpsons:_Hit_%26_Run/Models&oldid=1234166"
Categories:
Cleanup > To do
Subpages