The sequel to Exile, Exile: Wicked Phenomenon refines the original game's formula by eliminating the constant backtracking and making those characters who follow you around actually useful for something (well, one of them, anyway). Unfortunately, it still has plenty of flaws, and overall it's an okay title at best. 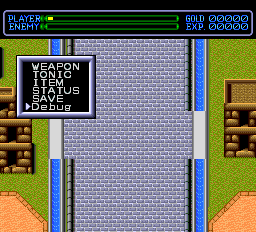 The US version of the game contains a disabled debug menu. To activate it, replace the content at offsets 4387A–4387F and A4487A–A4487F of the ISO with EA EA EA EA EA EA. (And yes, this is yet another game where Working Designs decided to use all-caps text for some reason despite having a lower case font available.) 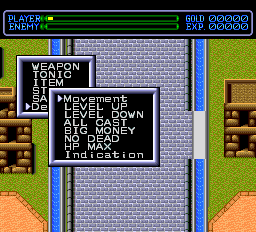 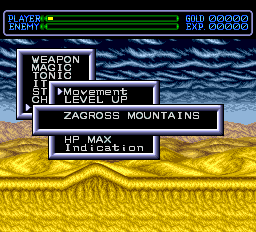 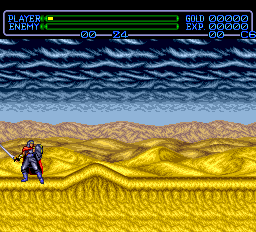 This menu doesn't exist in the Japanese version.

Like virtually every game Working Designs put out, the US version of Exile II increases the enemy stats. What makes this game stand out is just how much the stats went up. While most other games that got the Working Designs treatment are at least somewhat playable, even the company's most rabid fans will generally concede that this one is simply broken. (As a very informal metric, GameFAQs users have rated it the most difficult RPG on the TurboGrafx-CD, and the second most difficult TCD game period behind Rayxanber II.)

So just how bad is it? Well, before we get to the raw data, let's take a look at some statistics. The following table shows the mean and median increases in each enemy stat, both as absolute changes and as proportions of the original values (e.g. an enemy that goes from 3 HP to 9 HP has an absolute change of 6 and a proportional change of 200%):

As this data shows, the statistically "largest" proportional change to the US version is to enemies' Defense, which increased by half again in the median case. The second largest change is to Attack, which went up by over a third in the median case. However, these are somewhat deceptive statistics: Since this game uses a simple subtractive Attack/Defense calculation, and the average absolute change in enemy Attack is much larger (+28) than that of Defense (+6), the most game-wrecking change by far is in how hard the enemies hit.

Let's consider some examples. At level 1 and with his default equipment, Sadler has 10 HP and 4 Attack and Defense. The first enemy of the first stage is a scorpion, which has HP 6/ATK 8/DEF 1 in the Japanese version. If Sadler walks into it, he'll take (8 - 4 = 4) damage, and the scorpion will take contact damage equivalent to a normal attack, which is (4 - 1 = 3) HP. If Sadler walks into the scorpion again, it'll take 3 more damage, killing it and leaving Sadler with 2 HP.

In the US version, Lawrence has HP 220/ATK 110/DEF 28. One hit from him will cause (110 - 41 = 69) damage, or 31.65% of Sadler's total HP. To put it another way, Sadler can survive 16 hits in the Japanese version, but only three in the US version. Meanwhile, the Japanese Lawrence will take 14 hits to kill, but the US one will require 17 (even with his slightly decreased HP). Oh, and this boss has an unpredictable movement pattern that requires the player to guess whether to jump over him or walk under him, with wrong guesses resulting in guaranteed hits. Have fun!

Keep in mind that the party's level is capped at 16 and most players will hit this maybe halfway through the game, so it's not even possible to grind to make things easier.

On Exile 2 it was an issue of limited number of modifications because we weren't doing the game reprogramming, Telenet was. It was a small number of tries. And on the second-to last time, we had it *almost* right, so we added like +1 to the monsters, but it was like that scene with the fat guy in Meaning of Life where the waiter gives him that one wafer and he explodes. That +1 exceeded some limit internally and made the monsters exponentially harder rather than incrementally. Since it was our last "fix" and we had production discs, I thought we were screwed and had made an unwinnable game. Fortunately, with some time and special strategies, we found out you could finish it. We made one of the hardest games ever - by accident.

(The "exceeded some limit internally" and "exponential" business is BS – this game's stat calculations are purely linear.)

The tables below contain the raw enemy stats from both versions of the game, including (in the absence of any better identifier) the offsets where the data is found in the ISO. Instances in which a stat changed to make the game harder have been marked in red. The cases where a stat change benefits the player are marked in green. Instances in which a stat changed detrimentally by more than 5 points and constituted a change of 50% or greater from the original amount appear in magenta. Enemies whose stats didn't change are omitted.