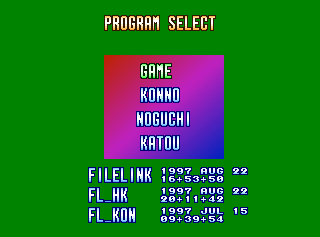 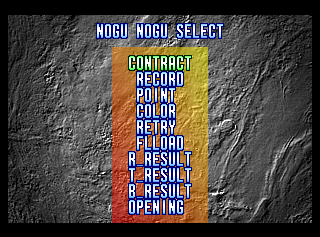 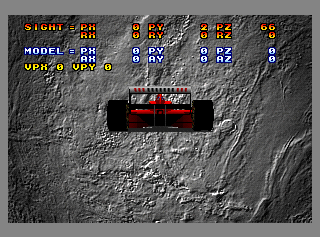 A small debug menu can be enabled with the below code. You can view various result screens and enter a model viewing option.

With the above code on, press and hold R while the game is booting. To enter different menu options, press the following buttons:

Present at 0xA58D0 in the ROM is what appears to be additional supporting text relating to the debug menu.

The Japanese version is known as Human Grand Prix: The New Generation and features a completely different title screen and word order in the "press start" prompt. In addition, the Japanese version is unlicensed and features fake brandings and driver names as well as 1997 championship year (although the game's content is still based on the 1996 season), while the international versions is an officially licensed FIA Formula One World Championship product with real names and sponsors based on the 1996 season (all references to 1997 are changed to 1996 as a result), except for Jacques Villeneuve (in which he was instead referred as an American driver named "Driver-X"), due to a licensing dispute not resolved until 1999.

Additionally, the following changes were made:

It should be noted of all free agents that are in the Japanese version, two of them were still in lower series in 1996 (Ralf debuted in 1997 and Takagi in 1998), and one of them had passed away two years before the game was set.