What happens when you combine grapples with dogs? You get Grapple Dog, an adorable platformer with pretty visuals, thick outlines and dogs swinging on ropes! And robot takeovers with world destruction and dimensional collapses, also.

A demo mode leftover from the Steam Next Fest Demo is still in the game's files, and can be enabled by setting global.demoMode to 1. Despite some broken menus and buttons that no longer redirect to the developer's Twitter or Steam page, everything in the main game remains fully intact.

A list of things this demo mode changes goes as follows:

By default, the game generates a save file with all different options set to their default values, which for accessibility options are all set to 0. However, under [OPTIONS] are three settings that always stay at 0 due to lacking an entry in the game's options menu. Despite these going unused, their values are added to a save file anyway and can be re-activated without modifying the game itself. They even draw icons on the left bottom of the screen.

easytimers will extend the time or speed for certain stage objects or enemies before they can launch something that hurts you. Only a handful of these objects make use of this setting:

maxhp would've let you pick between having 1, 4, 8 or 12 HP during regular play. It's unfortunately unfinished, and all it does is draw the number 8+ in the game's paw HUD and nothing else. This option also lacks an icon in sOptions_accessibility_icons and any draw functions for this option were removed in a later update.

fallspeed likely would've modified the time for enemies' attacks landing on the ground. No objects use this value and it doesn't do anything besides drawing an icon on the bottom left of the screen.

The game's loading screen is supposed to have text that was even translated into multiple languages. However, in oTransition_Draw_64 under instructions for the Windows version lacks any kind of draw_text() argument. Pasting draw_text(405, 250, loadingString) under draw_set_font() restores the loading text. 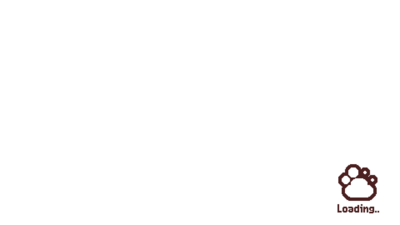 For some odd reason, there are duplicate textsheets in the game's files titled gd_ui_text.~csv and gd_story_text.~csv. Some Microsoft Office applications tend to autosave progress by creating duplicate files starting with ~$ followed by their regular file name in the same folder. It's possible builds are pushed onto Steam while Microsoft Excel is still opened. While gd_story_text.csv in v1.0.1 matches hashes with the actual file used, gd_ui_text.~csv does not, and is actually a few kilobytes smaller, indicating that this was an early autosave. This wasn't the first time this happened either.

Changes after v1.0.1 aren't significant, but the ones present in that build for gd_ui_text.~csv is missing text for the results screen resulting in a crash, and although an entry for controller remapping does exist, there's no text at all. 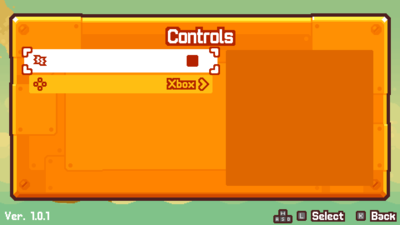 Not much unused dialog remains in the game, but the dialog that wouldn't be used anyway was still translated into the game's 8 other supported languages.

A piece of dialog in the form of an NPC Error message. This should be triggered if the values in textLang() and the .csv script don't match any valid values. Now it just crashes, leaving these unused anyway. Brazilian is the only language that wasn't translated and just reuses its English text instead.

A conversation with a goat NPC asking Pablo to get a carrot. This piece of dialog was only supposed to appear in Outset Mountain, but was cut because the developer couldn't get this dialog to work without bugs or crashes, thus it was dropped. Its script with the right emotion values also exists.

Self explainitory, one line of dialog that would trigger after you gave a carrot. This also triggers an unused emotion for the NPC of him holding the carrot while smiling.

Some early dialog is present in the game's data.win related to some boat interior objects, and can be found in oInteractables_text_Create. They're slightly different from their used counterparts.

There's also a line for the game to use if an object was missing text.