Homefront: The Revolution had a... rather turbulent development history. After the developer of the original game was shut down in 2011, THQ contacted Crytek UK to work on the sequel, only for THQ themselves to go under about two years later. The franchise rights were then sold to Crytek, who in turn sold them - as well as Crytek UK itself - to Deep Silver, who finally managed to release it in 2016.

The game is probably more famous nowadays for the game hidden inside it rather than the game itself.

Sam Burnett is named "jack_burnett" in the game files. Presumably, his name was changed to reduce confusion with Jack Parrish.

Most side missions were removed and replaced with generic jobs.

The Butterfly Killer mission was scrapped after the side missions were replaced with the job board. But a simplified version was kept until being suddenly removed. The only documentation online of the simplified version is the video here and scripts may still be present for this version of the mission in the files.

The intro sequence seemingly went through drastic overhauls. There are traces of an early version where the player meets with Harvey and they pass through some checkpoints to the safehouse. There's some boosting over fences, and such.

In addition, the sequence where Walker calls Harvey's phone only appears as an FMV in the first DLC, but animations are present in-game. Attempting to open a locked gate repeatedly throughout the main game without the leveled-up keycard for the area will trigger the orphaned "Call Harvey" animation despite playing as Ethan. 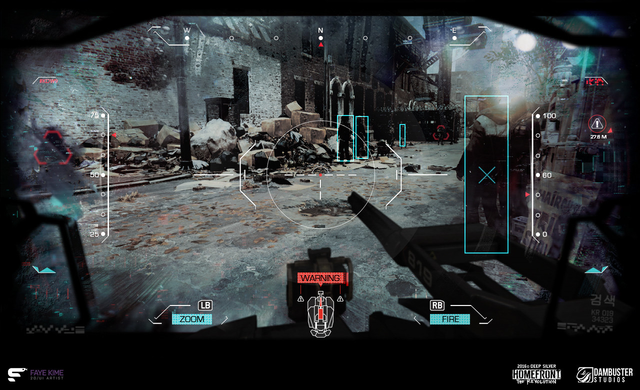 In the final game, using hack tools will turn KPA drones against their allies, but at some point the player was supposed to be able to hack drones and control them remotely.

The dialogue folder contains a subfolder named drone_hud featuring Vocaloid-sounding Korean messages that seem to match up with what one would expect from a remote control hacking interface.

A file named maskcanister.xml exists under the "consumables" folder, implying the player was originally meant to be forced to replace the filters in the mask in a manner akin to the Metro series. There are also separate files for the gas mask and filters. "gas_mask_tp_cinematic.cgf" and "gasmask_filter.cgf".

There are multiple references to a grappling hook scattered throughout the game files. The file "forcefeedbackeffects.xml" contains "grapplingHookHit grapplingHookStartTravel grapplingHookMovement", plus "grapple_attachpoint" props. This is a scrapped element of the game when it was 'Homefront 2' and the IP was owned by THQ. There's footage of it in the prerelease section.

There is unused dialogue where Cook tells the player they need blueprints to construct certain weapons, implying the player originally had to find blueprints before their weapons could be upgraded.

The Subway, repeatedly referred to as HUB, appeared to play a bigger role at some point. There is an unused object called "fast_travel_map" located in the objects/props/gameplay/subway_hub folder. In the final game, fast travel is achieved using your mobile phone. 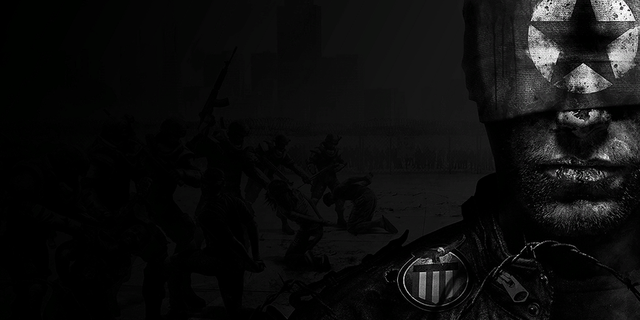 Menus_startmenu_background01.png is an unused main menu background seen in leaked alpha footage of the game from 2012-13, when it was called "Homefront 2".

As mentioned earlier, the game features a playable TimeSplitters 2 arcade cabinet with the first two levels of the game, located in the Restricted Zone area. All of the assets from TimeSplitters 2, properly converted to work with CryEngine and everything, are stored in the files. Even otherwise-unnecessary assets like GameCube controller icons. The .pak files used in the original release are stored in the files as well, despite not being necessary.

By opening up "Homefront2_release.exe" using a hex editor, you can see that all of the text for TimeSplitters 2 is stored in it starting at offset #21BC606, again including things such as mentions of PlayStation 2 and Xbox Memory Cards. Also viewable with a hex editor is what appears to be a series of compiler strings, including this fairly important one at offset #21e75b8:

Accessing the Rest of the Game

Before being mentioned by programmer Matt Phillips in 2021, the existence of a button code to access the rest of the game's content had been known for years but it was later discovered that there were in fact multiple codes. 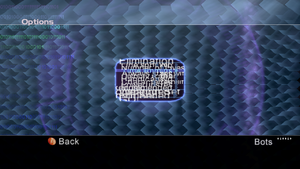 An example of the broken UI scaling.

While the vast majority of the full game's content is accessible through this method, it is noticeably unfinished - several UI elements are scaled incorrectly, and a few maps (such as the Neotokyo level in Single-Player) will crash the game on the PC and Xbox One versions though not on PS4. The PC version has a patch that can fix crashes on Neotokyo.

Curiously, the misc texture folder for the TimeSplitters 2 demo contains a few files relating to Future Perfect and Second Sight.

A set of nine different screenshots taken of a TimeSplitters: Future Perfect trailer is located in a series of "Screenshot(number/letter).rgb" files.