Mafia follows the tale of taxi driver Tommy Angelo in the 1930s as he takes an offer he couldn't refuse. Despite looking like something that could be called a GTA-clone, it actually succeeds to be its own thing as it focuses more on realism, has a very deep story, a world with many details, and impressive hardware-demanding graphics for its time.

There are leftover props from the cut boxing mission which can be found outside the boundries of the You Lucky Bastard mission, as well as the unused character models in the game files wearing boxing gloves. 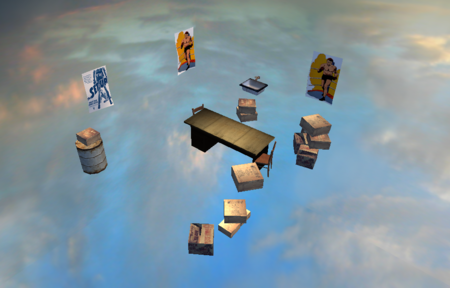 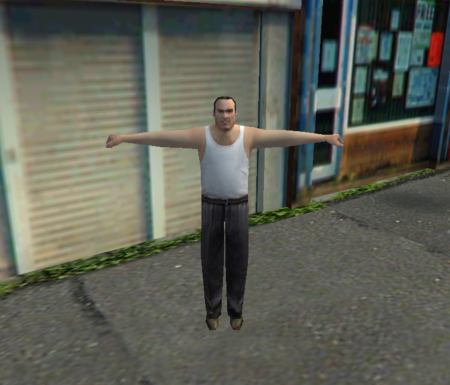 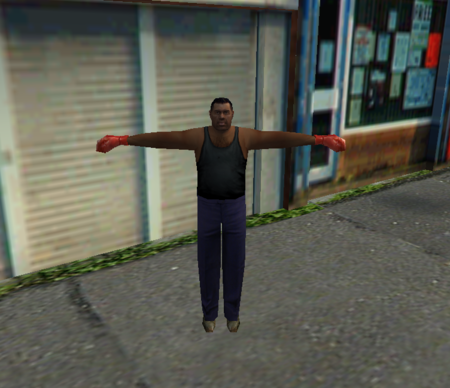 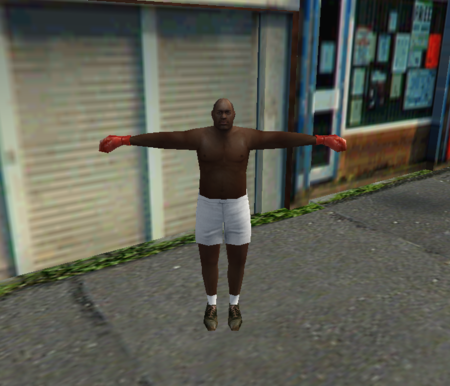 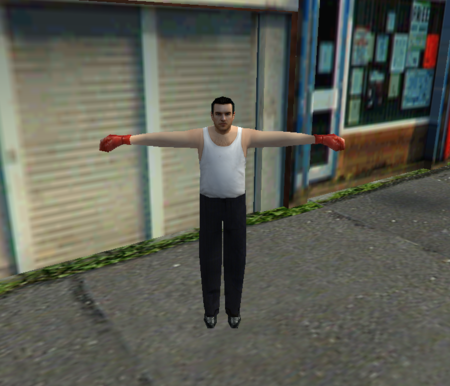 While the console versions had an exclusive Racing mode absent in the Windows version to compensate for the lack of Free Ride Extreme, the Windows version actually has the mode but dummied out. According to developers, it was cut due to lack of time.

It is possible to unlock it by renaming the file mainmenurac.mnu to mainmenu.mnu. These menu files are in the tables/menu folder after extracting from the file a8.dta, and works only in version 1.1 and later. However, it's still accessible in 1.0, but it's harder to access it (by HEX-editing files or memory editing). The Racing menu in version 1.0 had Multiplayer inside, which was fully working and playable. Multiplayer is disabled by default but can be accessed only in version 1.0 by modifying game files or through memory editing. This was removed completely in later versions of the game.

Inside the code for the mission Better Get Used To It are some hidden lines with a deactivated script, when you activate it, Biff only says in Czech "Slyšel jsem, že tvůj kámoš dobře řídí." That means "I hear, your buddy is good in driving". In the final game, this mission has no subquest.

The player could at one point carry the bodies of their enemies. It can be re-enabled with slightly buggy animations.

There are five unused onfoot cameras which except for the first appear to be buggy first person variants, the first is a slightly different version of the default camera. The one and only unused camera for driving is interestingly enough a top down view. 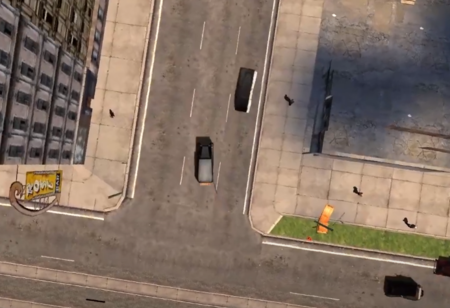 Better Get Used to It Alleyway Entrance

There appears to be a small hallway that was connected to the alleyway in Better Get Used to It mission.

A cut interior seemingly meant for the cutscene where Frank leaves.

A cut interior for the Pompeii bar meant for a cut subquest during the Priest mission.

In Creme de la Creme, Morello has two possible destinations when chasing him, both on the countryside; going to the airport or stopping at a bridge, during this cutscene, instead of going to either location, Tommy follows Morello to his house in Oak Hill and then gets killed with Sam and Paulie by the gangsters. In the actual game, there's no way to make him go there, he always drives through the countryside.

There are two victory cutscenes for the cut racing mode. These cutscenes are only available on the PS2 and Xbox versions of the game.

Hidden in the game's files are a lot of unused vehicles. Many of them display the wrong shadow (using the racing car's one instead) and are a bit glitchy.

There's also many truck models unused in the game's files.

These vehicles are intended to be used during FMVs.

There are also some early cars, which have some extra features: 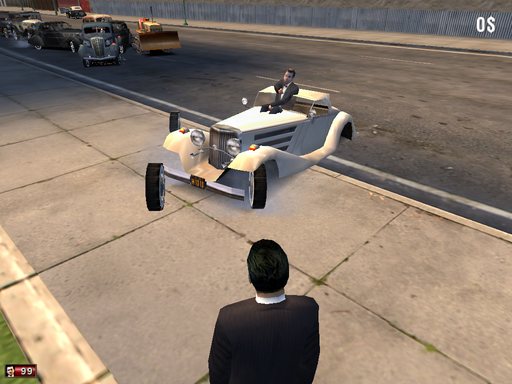 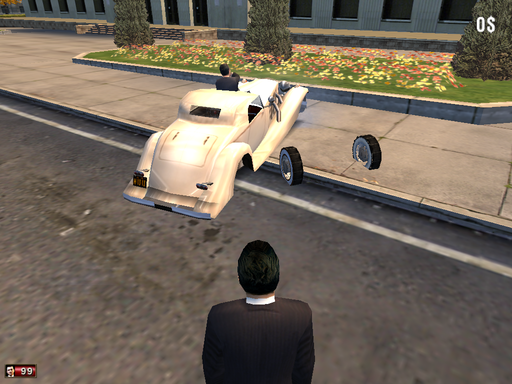 Swapping an undrivable vehicle with traffic models, you can find the reason why it is not possible to drive them. The wheels are not aligned and attached to the car. When the driver steers, the wheels assembly "steers" away from the car model. Also, the rear wheels can move, but those are stuck in the ground.

While walking around the city during free-roam, there is a 0.02% chance for the game to spawn a random civilian with what appears to be a pitbull head on each new ped encounter. Chance value can be changed by using a HEX editor and opening a game EXE file with it.

In the last cutscene where Tommy is in jail, there is a hidden developer message on a notepad texture. Due to low quality of the original texture, it is very hard to determine what is exactly written, but some text can be still approximately transcribed. 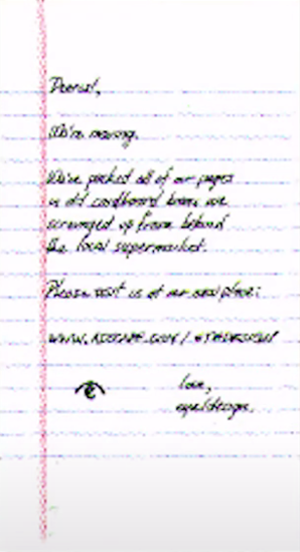 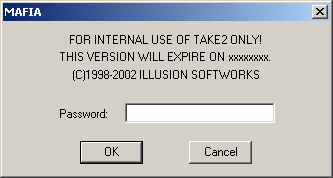 Inside Mafia.exe, this window/dialog can be found. A password can be entered on it. 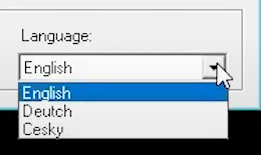 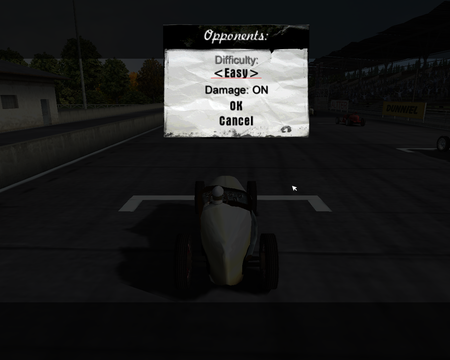 The race section of the mission Fairplay (06-03), which is notoriously hard for some players, had in the initial release a specific difficulty set to the opponents' AI, which after player feedback, it was reduced in a patch. In an even later patch, a selection screen before the race starts was added to allow the players to freely choose the opponents' AI difficulty (Very Easy, Easy, Normal, Hard and Extreme) and allow or not damage against other vehicles (previously it was always ON), this selection screen was carried to the console ports.

The difficulty change was introduced in 1.1 patch.

In 1.1 version, developers also added one collision to fix the "shortcut bug" which was exploitable for fast and easy way to beat this racing mission in 1.0 version. 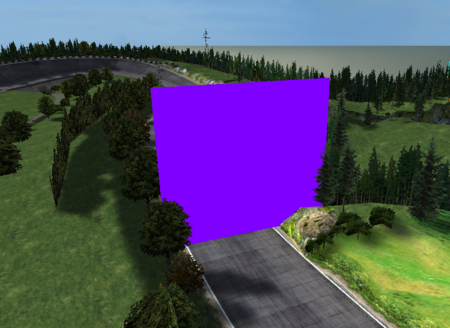 The game was re-released in 2017 on digital stores such as Steam and GOG, in them, all the memorable music tracks from the 1920s that used to play in various areas of the game and were done by real-life artists were removed, likely due to expiring licenses.

This launcher features a hidden image of a completely naked Playboy model and actress Petra Verkaik, she appears to be standing on a yacht or a cruise ship in the sea. In order to bring up this image, you need to hold Shift button on your keyboard and press RMB (Right Mouse Button) 30 times in a different spots of the launcher's image. 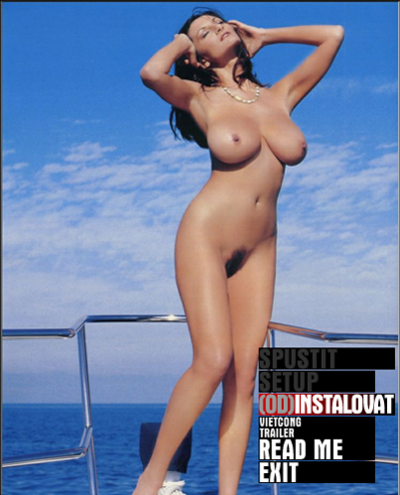