Mickey Mania 7 is another one of those annoying, cheap unlicensed NES ports that takes a game's name and adds a random number (like Sonic & Knuckles 5). It is pretty faithful to the SNES original, though. 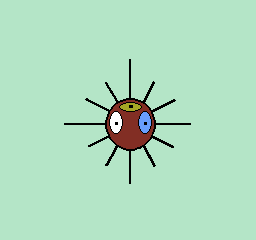 Pressing Up, Up, Up, Up, Down, Down, Down, Down, Left, Left, Right, Right on the title screen will trigger a hidden JY logo screen. This version of the logo can also be found in Contra Spirits. The animation of Mickey and Pluto will continue to play over the logo. The only way out of it is to reset the game. 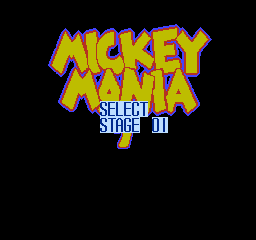 Pressing A + B + Select on the title screen will trigger a level select. Up and Down change the level and Start enters it.

An unused sprite of Steamboat Willie Mickey for a pencil transition.

Rather than using this for Steamboat Willie level, all of the levels use The Mad Doctor Mickey sprite as a transition. 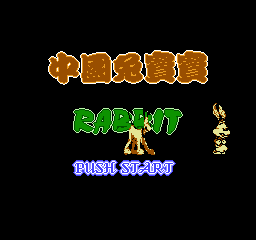 Many games released by JY Company were available in at least two different versions, either hardcoded or selectable via internal DIP switches. Mickey Mania 7 has an alternate hardcoded version called China Rabbit Baby, which changes the title screen and main character sprites, as well as the cutscene animations, to that of a poorly-recolored Buster Bunny.

Although the debug menu seen in a few of Ei-How Yang's other games is not present here, there is a lot of leftover code/data from earlier in the development process, along with some early ROM banks from Contra Spirits, for some odd reason.