In September 1998, the Total Play magazine released a promotional video called Découvrez les futurs hits PlayStation 98 VHS (16:15) containing gameplay previews of a lot of games, including Crash 3. This might be the earliest Crash 3 footage to ever surface, and features lots of differences.

The following images were taken from perhaps the most primitive version of the game. 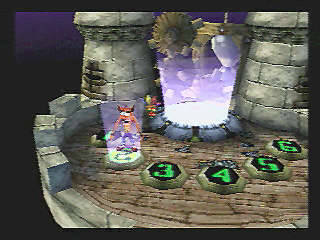 This is the old appearance of the first Warp Room. The buttons have a completely different style. Notice also how instead of a boss button, there's a number 6 button, and not in the center either. The button where Crash stands on emits a light around him, something that doesn't happen in the final version. The most noticeable difference is the presence of a light beam instead of the Warp Sphere (which doesn't have a picture). The background is also much too plain. 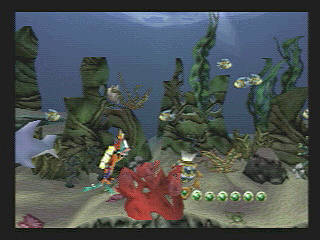 The underwater mine is completely different, both in color and design. It also appears to emit a small light beam from its top. The final mine is yellow and red, and has small bulbs. 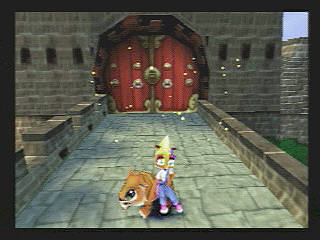 The prototype used the same warp portal from Crash 2 instead of the Time Twister. 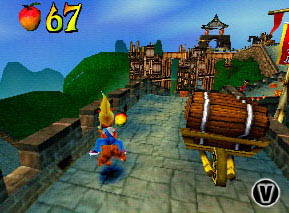 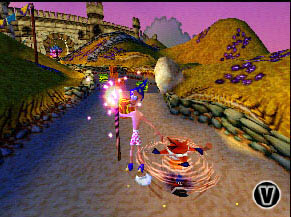 There isn't much information about the build seen at the booth, but from what we can see, it was also the earliest build given to the press and magazine previews. It is not known how many levels were actually playable, but given all the info gathered from videos and preview articles, at least 8 levels were seen in some format.

This footage starts 5 minutes into the full recording and showcases gameplay of level 1 Gee Wiz (level 6 as of the final game), level 2 Under Pressure, level 4 Bone Yard, and level 9 Tomb Time.

This trailer was found on multiple European demo discs. 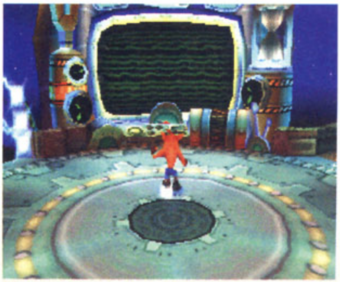 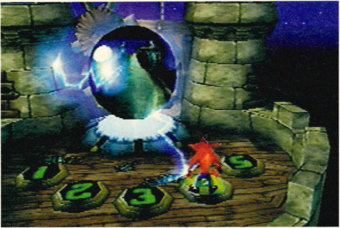 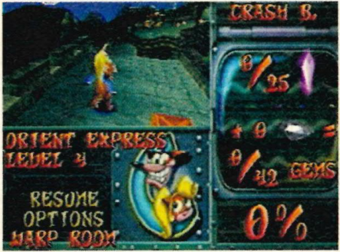 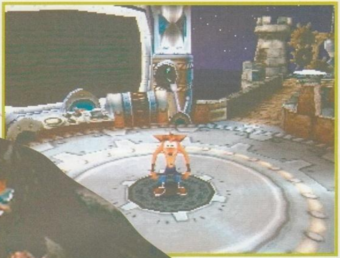 Another shot of the early load/save screen. 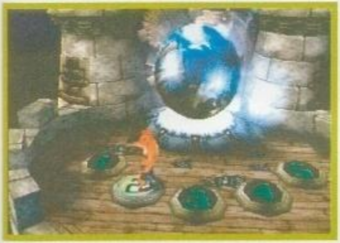 Under Pressure was the second level of the demo.

The first known build having Time Trial mode. It appears to be from a version of the game earlier than the first demo of the game, as the iron clock design has an even earlier design. 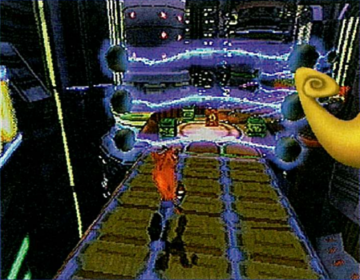 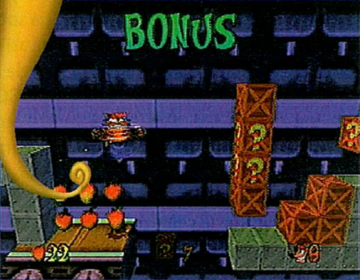 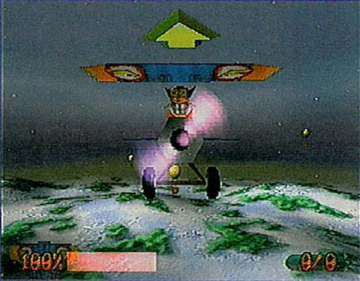 The following monochromatic screenshots come from an unofficial guide (Brady Games Guides) released a long time ago. It shows several screenshots and information from an even more late prototype version. 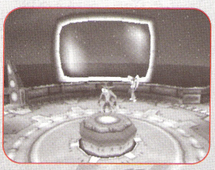 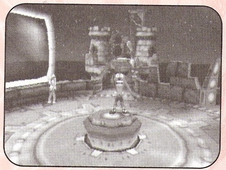 The second version of the load/save monitor used to be very simple, with no levers or text. Notice also how Coco is on the right side, instead of being to the left. The monitor would later be changed to a different prototype form before ending up as the final version we're used to. The platform at the center is also different. 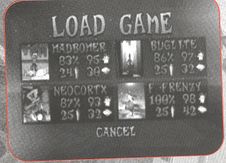 The save slots used to be like Crash 2's, showing the number of lives instead of the number of relics. We can also see level names on the 4 saves (maybe just as placeholders). 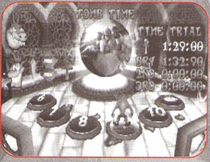 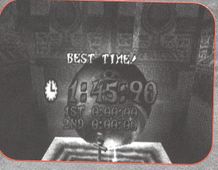 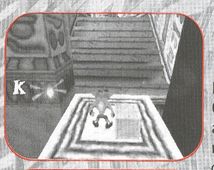 There was an iron checkpoint that isn't usually there in the yellow gem passage from Bug Lite. 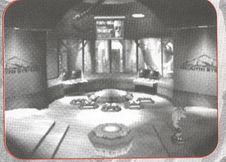 The secret Warp Room where all the lab assistants are created used to be called "Neodyne Systems" instead of "Neo-Cor Systems". 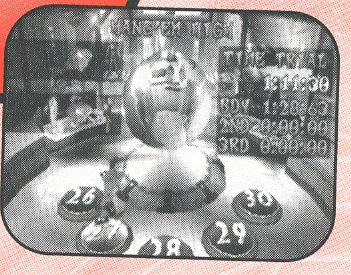 The guide references each level's crate total. A lot of them differ from the final version and match the screenshots seen throughout the guide:

This is an almost finished version that was sent to magazine reviewers before the game's release. It's also seems to be the same version used in the instruction manual. 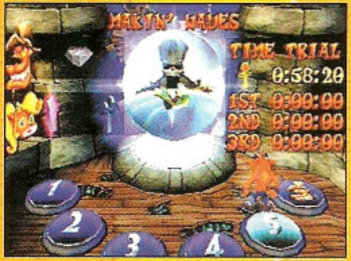 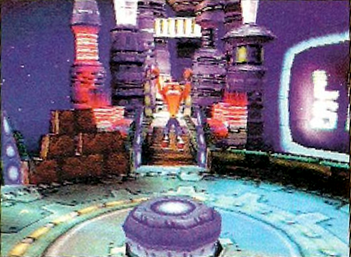 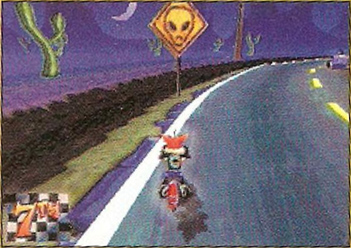 The alien icon that was on a road sign leading to a secret level had only a black outline instead of its entire face being all black.

Hard path themes were composed for every level type except medieval, even levels that ended up never getting death or gem routes in the final game. Mancell's comments seem to indicate that the themes themselves were composed independently from the designing of the levels:

I'm not sure if the level was ever completed- that would be a Naughty Dog question. All I know is that I made "danger" variations of all the levels... including underwater, jet ski, etc.