This page details prerelease information and/or media for Rayman (Jaguar). 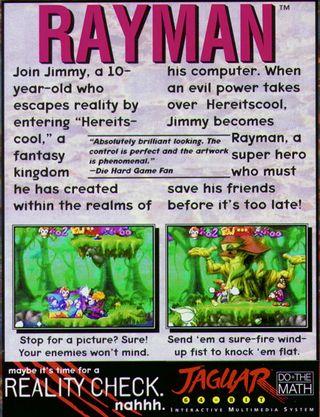 An early print ad for the game features the SNES version's plot in instead of the final one. It also uses a build that is very similar to the early proto build (only with an electoon counter that would later appear in the DemoDemo build) that is currently available. 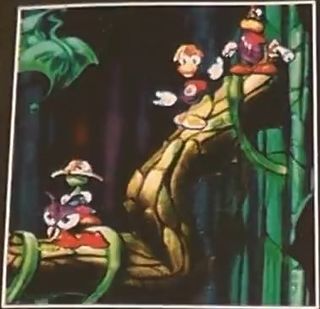 A scrapped tree level. It has a Small Livingstone riding on a spider which doesn't happen in the final game.