Pretty Soldier Sailor Moon is an alright but rushed beat em up released well after fighting games had stolen the genre's thunder, developed by a company that was circling the drain when it was being made and was on its last legs by the time they released it.

Needless to say, the game's a gold mine of unused stuff. 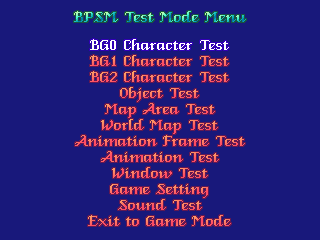 With any version of the game, enter the following cheat code in sailormnu.xml, sailormnj.xml, sailormno.xml, or any xml file matching up with the ROM's name inside the cheats folder.

The cheat works best when enabled on either service mode or the ROM check screen upon start-up. Note that after enabling the code, the address automatically changes upon entering any of the submenus below. After leaving the submenus, the game will place the player back to the service mode screen and they have to re-enable the cheat.

The player can enter the submenus by pressing Player 1's Button 1. 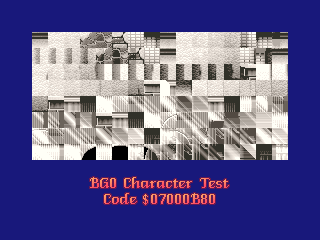 These allow the player to see the individual tiles that make up the backgrounds. Pressing Left and Right changes the palette, while Up and Down change the offset the player is looking at by 0x80. 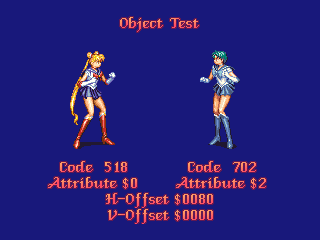 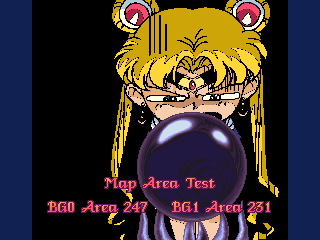 The player can look at the various background layers and can combine multiple layers. Player 1 controls the BG0 layer, while Player 2 controls the BG1 layer. 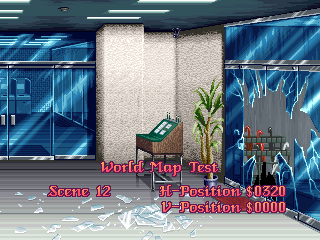 See the assembled maps. Player 1 controls which screen to see, while Player 2 controls where the screen is positioned with the joystick. 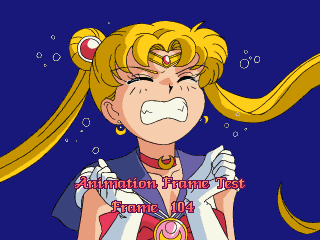 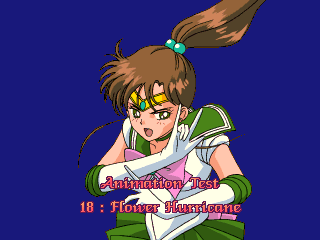 Play the animations as they would in game with Button 1. It only seems to work up to 30 though. 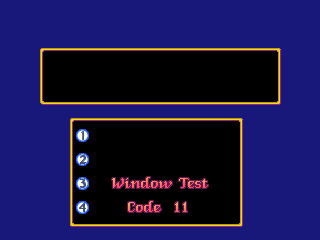 See the game's portraits and dialogue boxes. Interestingly, out of the 116 viewable portraits, only one is actually used in the game itself (and only in the Japanese version). 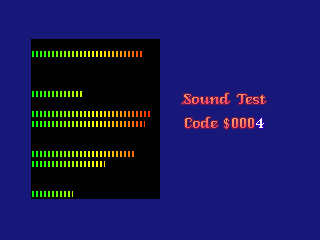 To the left of the screens are volume bars representing the individual sound channels.

As the name implies, the player goes back to the regular game.

Originally, the Sailor Guardians were supposed to preform their magic attacks with their in-game sprites. The final game instead uses cels from the 90s anime.

Between Rounds 2 and 3 is an unskippable cutscene of Queen Beryl watching your Sailor through a crystal ball with Jadeite in the background. The Japanese version notably features the only two lines of dialogue used in the game, specifically between Beryl and Jadeite, including a dialogue portrait for the latter. These are not used in any other version of the game. 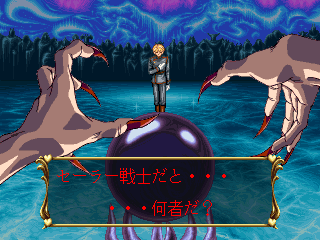 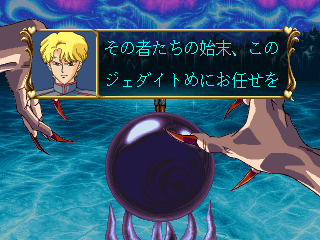