This is a sub-page of Proto:Crash Bandicoot: Warped.

The Alpha Demonstration prototype of Crash Bandicoot: Warped is a preview version of the game dated around two months before the final NTSC release version. It was leaked to the public on October 25th, 2019. The exact date for the build is currently unknown, however some speculate it is from August 15th, 1998.

The game will crash shortly after the Universal logo screen when checking for special memory card data, therefore a patch is needed to play the game properly.

This build contains a small menu that can be accessed by inputting Up, Up, Down, Down, Left, Right, Left, Right, Circle while the game is paused. There are four features to be seen: GET ALL, OPEN LEVELS, ALLOW CAM, and NO CHEATS. 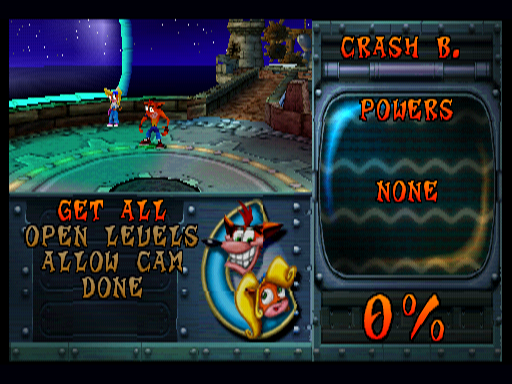 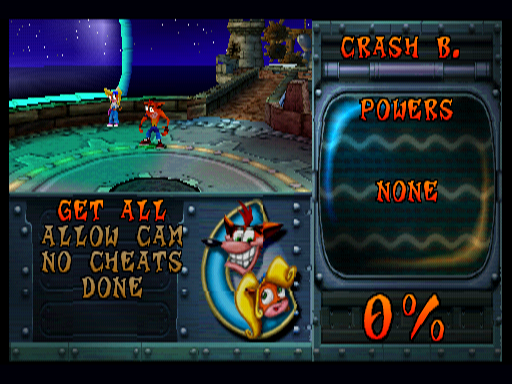 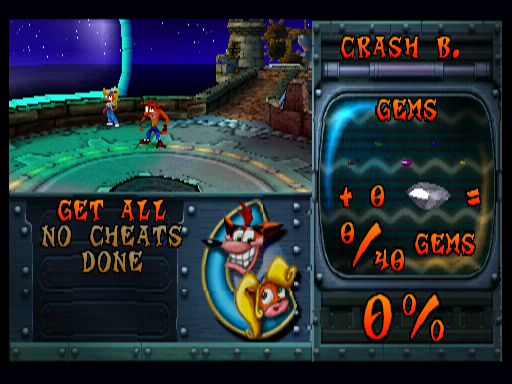 These controls are specific to the DualShock controller. D-pad and left analog stick are interchangeable.

Holding R2 and opening a portal lets you see Time Trial times without the level's Crystal, but also shows a fourth value set under the times. Applies to all levels that can show times, including Dingodile and N. Tropy. This fourth set displays the playtime on the last level played and another unknown value.

Unsurprisingly, a lot of elements present in this build are incomplete and use placeholders lifted from the previous game. These are:

As said before, the game over and title screen files contain even older menu code, in which is present all of the text used for them including level names: