The August 5th, 1999 prototype of Crash Team Racing is a preview version of the game dated around a month and a half before the final NTSC-U release version. It was released on September 26th, 2020. 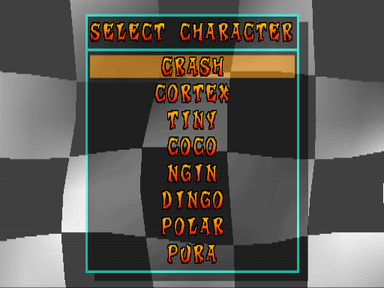 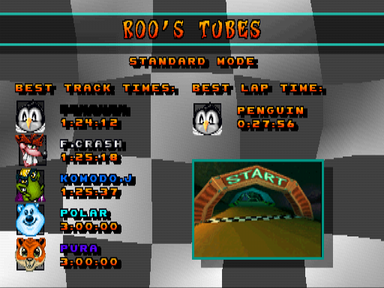 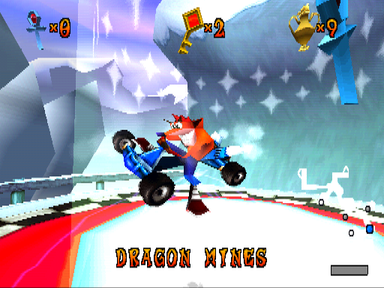 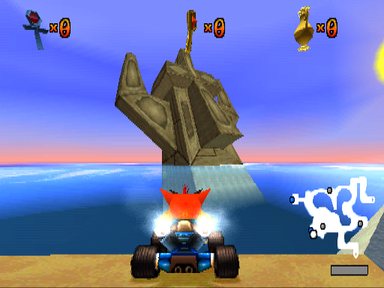 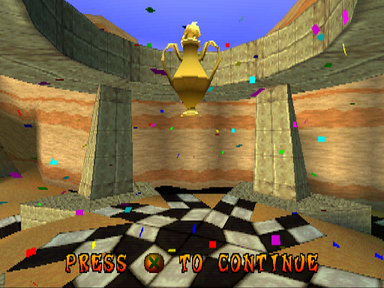 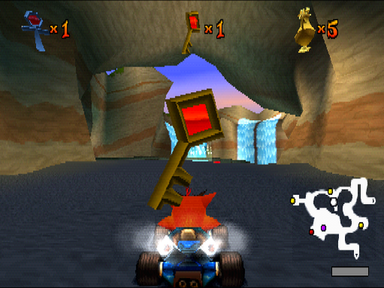 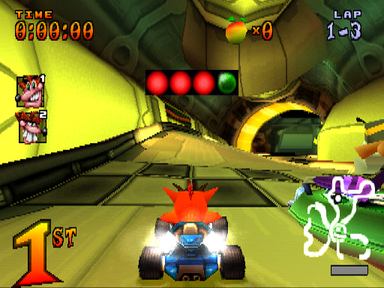 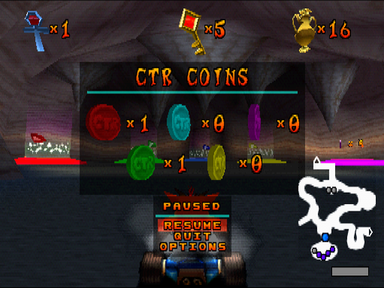 Attempting to play Relic Race on Turbo Track and Slide Coliseum will crash the game. Normally, when exiting the Adventure hub, a variable that says "You are in Adventure hub" turns off. However, it does not turn off when entering these specific levels. As a result, the game tries to allocate memory for the adventure hub and the level you are loading, at the same time. There is not enough memory for both, so the game crashes.
The following fix will make sure the "You are in Adventure Hub" variable turns off when entering Turbo Track and Slide Coliseum. A hexadecimal editor must be used in order to apply the patch.

At this point in development, all tracks have mostly been completed, with only a few of them featuring minor object changes.

There is a low relief around the first set of crates area. It's also noticeable since the second crate is lower compared to the others.

These two mushrooms were removed in the final game. 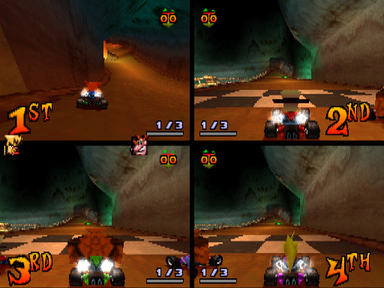 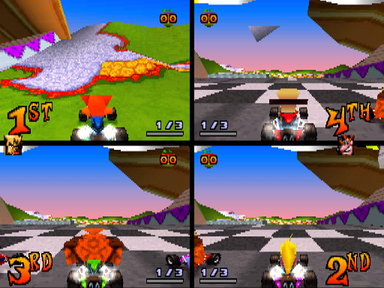 The level features a hidden head model of Coco Bandicoot floating in the sky next to the finish line. It cannot normally be seen due to a thread that makes it invisible, but it can be drawn again by replacing the third array set 8F 00 00 08 to 0F 00 00 00.

It is not known what was the purpose behind this, but it's assumed it was planned to appear exclusively in the Japanese version, as it can be briefly seen in a pre-release trailer for Japan. The model itself still exists in the final game, although the head is not placed in the level anymore. 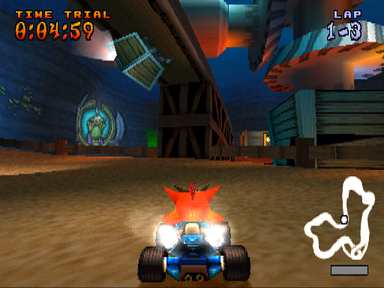 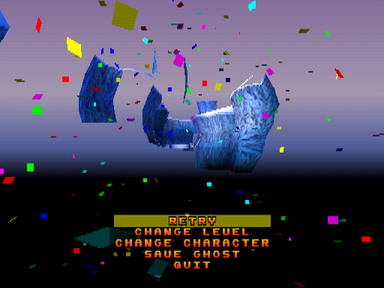 A trio of turbo pads is missing at the end of the track. 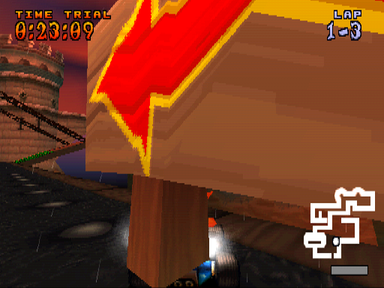 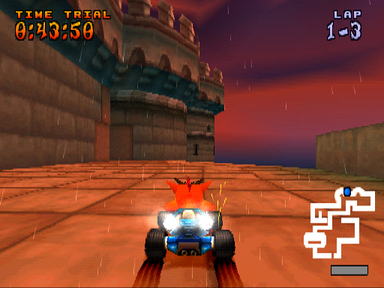 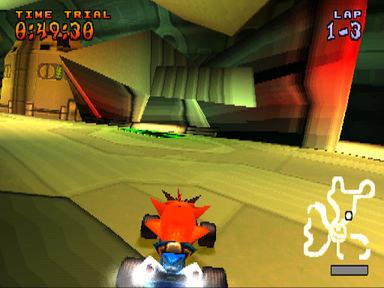 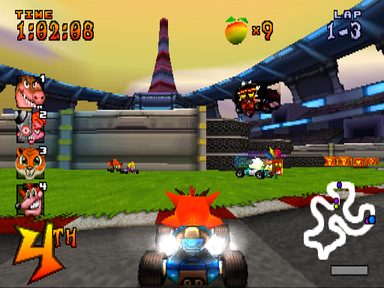 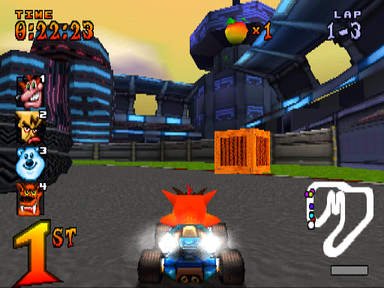 As there are no controller messages when a controller is unplugged, they went unused in this build. The numeration is also different, as in the final game the controllers are called 1A, 1B, 1C and 1D when plugged into the multitap.

A High Score menu title related to a scrapped mode.

Even though there was no Final Challenge at this point, the title string was already present - albeit missing a space on N. Oxide's name.

A primitive Japanese localization is present in the files. It contains only a few translated strings related to race HUD, pause menu, and controller port messages, which are leftovers strings used in the old Japanese demo version.

The following themes have a cut extension at the end of the track. These parts were present in the original pre-console version.

In this build, restarting a Relic Race while the clock is frozen will keep it frozen even after the race has started. However, this glitch can not only be performed in Relic Race, but also in the entire game. By breaking the 4x3 row of 3-second time crates right before the start line in N. Gin Labs, you can keep re-collecting them and restarting the race, keeping the clock frozen for insane minutes. The result can be used to obtain easy relics on any track and achieve the lowest time possible in Time Trial mode, even allowing the player to obtain unreachable relics and unlock impossible ghosts in this build. The clock will be also frozen while you aren't inside a track, but it will still be ticking. It works in all game modes and challenges.

The demo mode is disabled by default in this build, although it can be restored through hacking, revealing differences:

The podium is completely empty and the only feature implemented is the camera. However, victory poses for Crash, Coco, Tiny Tiger, Dingodile, Papu Papu, Komodo Joe, Fake Crash, and the Trophy Girls already exist in the data - although some of them are in a primitive state. These files are also duplicated in the defeat animation poses as placeholders. By replacing the data of later builds of the game, it's possible to load them, although most of the textures won't work properly.

The information stored on a memory card when saving the game differs in this version compared to the final release.

This build is dongle protected with the use of a memory card dongle, so attempting to run it via normal means won't boot the game. It seems this dongle was made specifically for E3 demo but was later reused in subsequent builds.