Puzznic is a block-switching puzzle game with a seedy past. 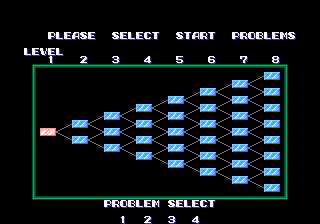 You also now have infinite time and infinite retries, but not infinite bombs for whatever reason. Press P1 Start to instantly finish the current level and move on to the next one, or P2 Start to go back to the level select.

A set of credits can be found in the main CPU starting at 0x00040. The full names of each staff member can be determined through their credits on previous and future Taito titles:

This is all followed by the string, "PAZZNIC CD60".

Several things are present in the Japanese and US(!) versions that were removed in the World localization. 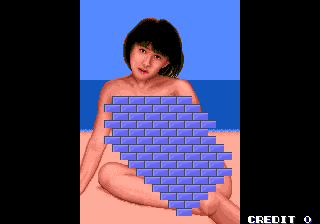 There is a strategically-covered woman in the attract mode sequence... 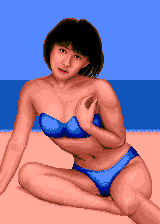 ...if you look at the graphic in a layer viewer, though, she's actually wearing a bikini. This image was the original model for "Tina", as can be seen on the game's Japanese flyer. 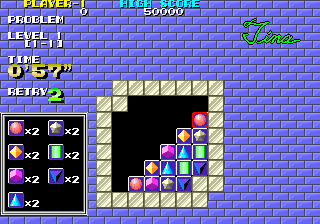 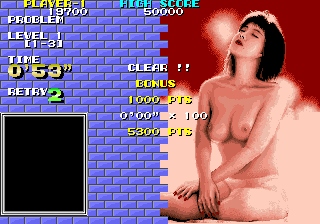 The levels have female names and the goal is to uncover pictures of naked girls. This aspect was removed in the World version, leaving only the core gameplay.