This game has a bunch of unused tracks, many of which are remixes of used ones. Using the GameShark code 8008FCC1 00??, one can play a desired song by replacing the question marks with the values below that are in bold and parentheses.

(04) A much slower variation of Melrode's theme with a more melancholy instrumentation.

(11) A sinister tune resembling a minor-key version of the Melrode Monastery theme.

(20) An alternate version of Mammon's theme.

(28) A very upbeat version of the ending theme when you talk to Shannon.

(2A) A song does not loop and sounds like it was meant to be for a credit sequence especially at the ending. This song was later used for the added Japanese ending despite it not looping, resulting in some awkward silence.

Several unused maps were left in the game, including two that were meant to be part of the World of Mammon. 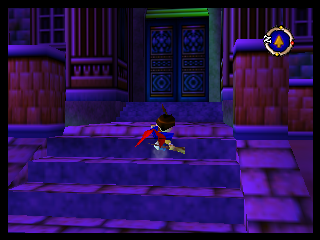 This map is a copy of the Melrode Monastery outdoors map but with the World of Mammon's creepy atmosphere applied to it. It would seem that prior to creating the concept of the "Floating Monastery" which exists in the final game, the developers simply copied over the original monastery exterior and adjusted the scenery to place it within the World of Mammon environment. The door to the Monastery leads to one of the forest areas in the World of Mammon.

This map can be accessed with the following GameShark codes: 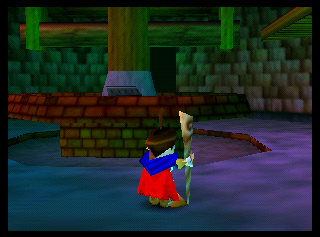 These maps are similar to the interiors of the Normoon windmills except they were given a World of Mammon makeover as well. These maps feature different geometry from the final windmills, which suggests that prior to release, this is what the windmills in Normoon looked like (except without the World of Mammon lighting). These maps also don't have any collision data or doors and play the music for being indoors.

These two maps can be accessed with the following GameShark codes: 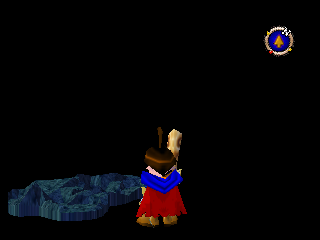 This map is completely empty except for a model of a map of Celtland floating in space. This is an early version of the map model that can be found in Brannoch Castle. This map can be accessed with the following GameShark codes: 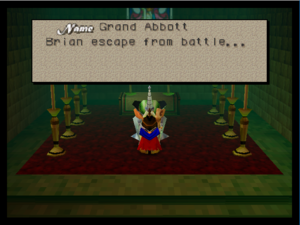 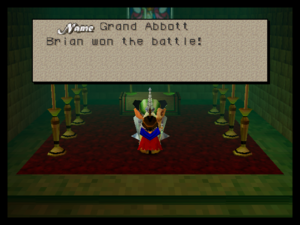 Two unused strings of text are found stranded at the following addresses. These do not appear anywhere in the game, and the escape text even has poor grammar. The pictures show the Grand Abbott's text modified to show the unused text in-game.

Present in the English ROM starting at address 0x00D4B3C0 are the Japanese spell names. No other Japanese text appears in this ROM.

For the Japanese release, many changes were made to fix the little quirks in the gameplay.

The game was released under a different title in each region. The American version, Quest 64, was actually the first version released, despite the game's Japanese origins. Quest 64 was retitled Holy Magic Century in Europe and was eventually released in Japan as Eltale Monsters. Interestingly, the copyright for the Japanese version is dated 1998, despite the fact that it was published in 1999, a year after the other versions. The French and German versions have a mostly-identical title screen to the European one, with the "Press Start" text translated. That said, it was translated with a noticeable typo in the German version: the text should read "Start drücken"; "dücken", on the other hand, is nonsense.

In the Japanese version, whenever a stat increases, a colored mist will surround Brian and a metallic sound will play to inform players of the increase. The color determines what stat was increased.

In the international versions, the ending consisted of a scene with Shannon and a text scroll; however, the Japanese version has a totally different ending.

Additionally, the Japanese credits are accompanied by places in the game, while the international versions just has a bland sky as the background.