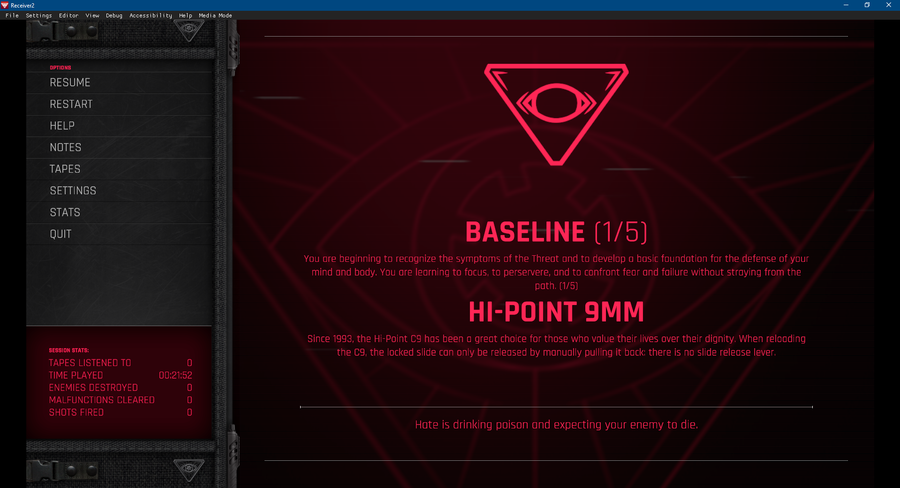 It is possible to enable the debug menu by pressing CTRL-F12 while on the start screen and accessible while the game is paused.

There are a few unused enemies with varying levels of functionality. They can be spawned from debug mode using the Level Generator Editor.

A small circular mine which would attach to a wall and is fully functional. When triggered, the mine explodes into several bullets after a few seconds.

A regular turret base with a large red bomb and a light on top of it. When the player is within range, the light on the bot will flash on and off, and nothing else appears to happen. Shooting it will multiple times will break the game, causing some sounds to be inaudible and bullets to pass through everything.

Based on an unused explanation tape, the Bomb Bot was intended to a nuclear bomb that would detonate after detecting the player and trigger an immediate game over. The bot could be disabled either by shooting the bomb unit itself or the motion sensor on top of the bomb.

A large bug-like bot that attaches to a wall. The bot emits sparks and drains the player's health if they get too close.

There are numerous boss enemies that were cut from the game, however incomplete versions of them remain in the game's code. These enemies include: 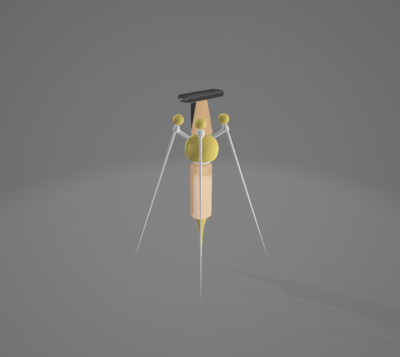 Tape audio can be found in \Receiver2_Data\StreamingAssets\Sounds\VoiceTapes\

A fallback tape intended to be used in the event of an invalid tape file being loaded. This audio is used throughout multiple unused files, such as Aum.ogg, CreepyBot.ogg and Superhot.ogg

A placeholder tape intended to contain information about the Mindkill, this tape can be found in the cut Receiver Compound level.

A bunch of placeholder tapes which simple state the name of a type of enemy. Presumably, these would have been intended to explain each enemy to the player and would appear during the cut Receiver Compound level.

In the release version, the ending consists of a final message before the game closes itself. However, there is an unfinished ending cutscene that can be accessed from the debug mode (Debug>Load Level>Receiver2WinScene). This was patched out after v2.0.0, but the files for it still remain in the game's code.

The ending consists of a simple sequence showing 3 drawings by a child named Audrey without any audio, before transitioning back to the first level. The drawings illustrate the work that her dad does as a Receiver. It is unknown what the ending was intended to convey, although it is possible that the child was intended to be the main character's daughter.