Rogue Galaxy is a third-person action/adventure RPG with real-time based combat and open world exploration.

Two images titled "DC3Title.img" can be found within the game's files on both the NTSC-J and NTSC-U version. There is a lot of speculation that Rogue Galaxy started development as Dark Cloud 3, which would explain these images found in the menu folder.[1] 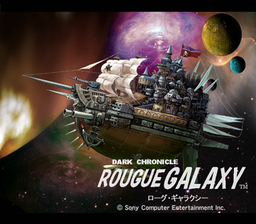 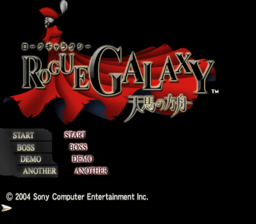 See the documentary info on the Dark Cloud 3 and Rogue Galaxy connections, including the images found on the NTSC-J version.

There are three launcher files found in the /rc/launcher/ folder that also mention DC3 (Dark Cloud 3). The first launchermenu.cfg and launchermenu3.cfg refer to the game as "DC3-Project". However, this was changed a few months ago on 11/28/2005 where they changed it to "RG-Project".

Inside the menu folder, graphics of several unused weapons, including shotguns, can be found: 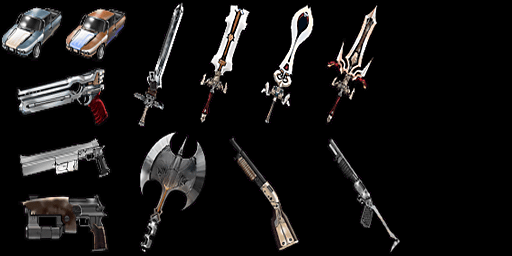 A graphic that shows the avatars for many characters of the game also included the removed character Oliver. (Second row, last avatar) 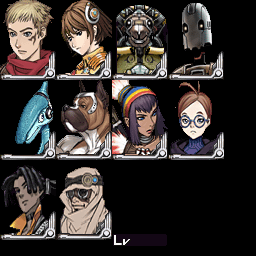