Dark Cloud 2 is a game where you use fragments of the space-time continuum to play golfing minigames.

The book from the opening of the first game. 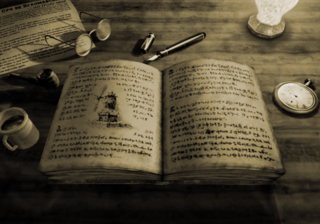 An early version of the Georama menu. 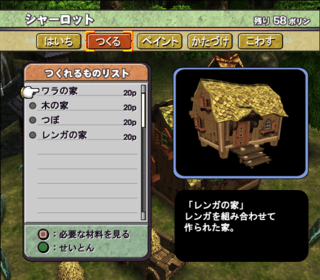 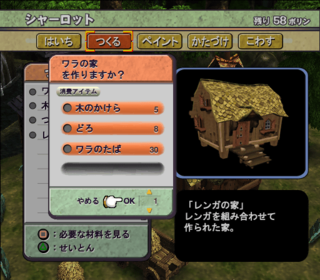 An early version of the in-game clock. 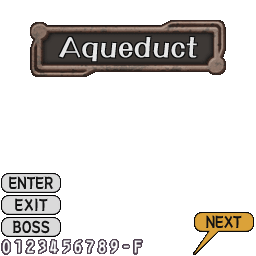 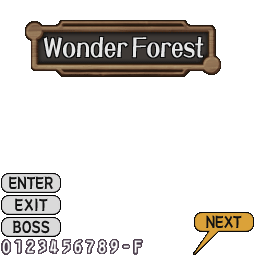 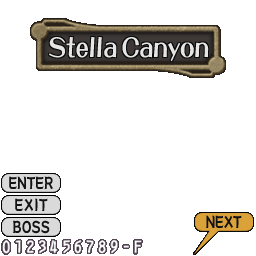 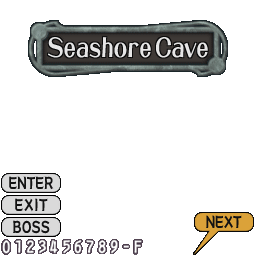 An unused title card from the first boss battle referring to Flotsam as "Porcuss". This is a romanization of Flotsam's Japanese name, and was used in the Dark Cloud 2 demo disc prior to his localized name being finalized. 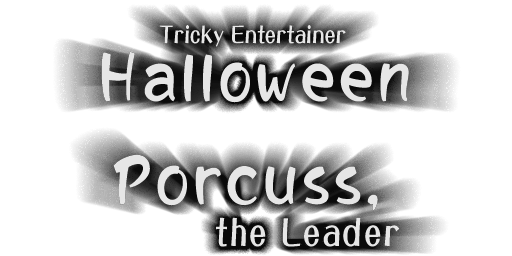 An unused loading screen graphic is found next to the used one. This one being darker and less saturated than the final version. 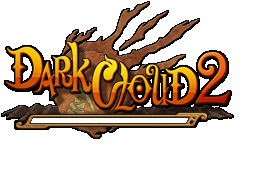 King Mardan has several unused vocalizations alongside the vocalizations of other bosses. Some of the above lines appear in the script of boss_btl_lose.txt, a script file that contains the lines boss characters say after killing the player. King Mardan's lines also follow the same conventions as the other bosses' lines (attack VO, hurt VO, death VO, taunt VO).

Located alongside other item sprites in Dark Cloud 2's item graphic table is this Japanese character, which translates to English as "reserved".

The Macho Sword from Dark Cloud can be accessed using the debug menu in the Japanese version of the game. It is fully functional and even builds up to the Halloween Blade. 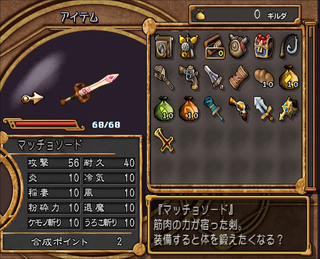 Debug Box
The menu debug model viewer has a model called d_box which is used when an item has no model. 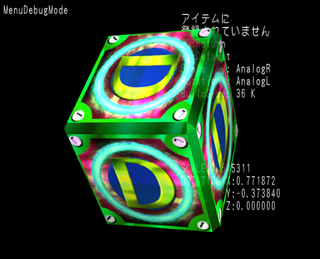 Concept Maximilian
An old concept art of Max surfaced a few years ago, and until now, it was assumed that that's all it was. However, extraction of the "dmmy.chr" file in the "chara" folder of the game's internal directory reveals that the old concept Max was actually fully modeled. 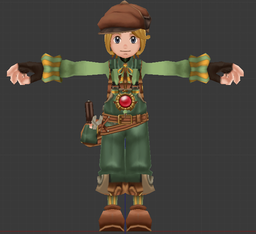 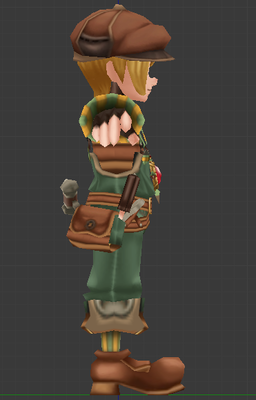 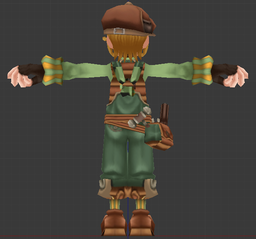 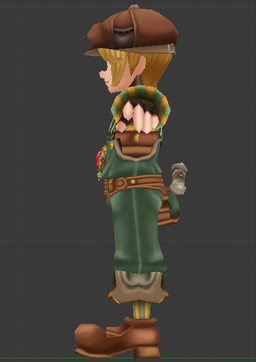 Unused Monster
An unused monster called "e208a_n.chr" can be found in the game's files, and when replaced with another monster, has fully functional animations. This monster has no name internally.

Several unused locations can be accessed by the Debug Menu. Many of these locations are testing maps for dungeons and boss battles. However, there are a few exceptional examples.

An unused future result for Jurak Mall which hasn't resurrected Jurak, but has the Forest Lake, Jurak's Branch, The Bridge, and the Golden Eggs are all restored. There are no chests or NPCs, nor are there any Time Gates to escape. 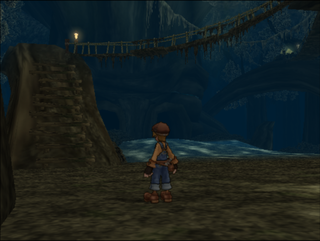 A test room for the Finny Frenzy minigame which features a circular platform with flat water, and a large green block with apparently Greek text. 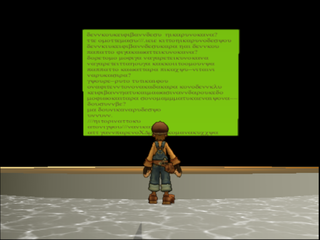 Opening the R3 debug menu, setting SubGame to 2, and pressing O will attempt to start the Finny Frenzy mini game but will crash the game after the fish are set in the water. It should be noted that this method works on every map in this game and has the same effect. 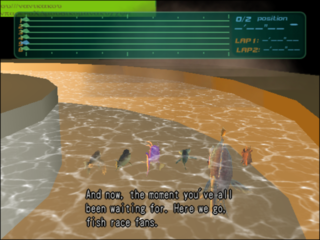 An almost identical area to i02h03, but with a broken, rectangular platform, with the water stretching far beyond the regular platform, and the same green block. 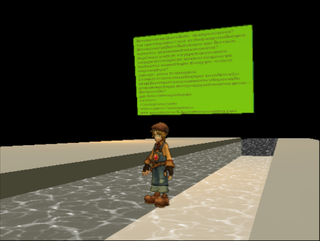 A translation of the green block:

z99 is a crazy variant of Cedric's shop, which has gross, purple lighting, moving objects, and some random fires. The chests are empty, and therefore claim that your inventory is full when they're opened. a Vacuum trash can is moving around in a circle, along with one of the chests, and the door leading to Channel Pump Room is invisible, but collision is still there. 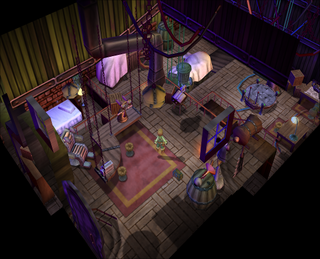 Apart from setting the "Map" option to -1 to access all maps, you can also set its value anywhere from 1 to 189 to teleport to specific warps in the game. Going further than this will result in a black void, with the name of the area being a black box.

Setting the 'map' option to 35 will load a black void. However, upon opening the menu, the game will claim the player is inside the 'Coffee Shop', which implies that the Palm Brinks Cafe was meant to be indoors. 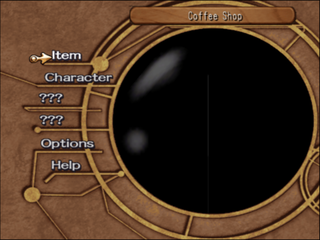 Setting the 'map' option to 29 will load another black void. However, setting the subgame to 1 and opening the menu, it's revealed the player is inside a "Rental Storage". Taking any pictures will result in the picture being named "Palm Brinks Residence". Something that is normally impossible to obtain. 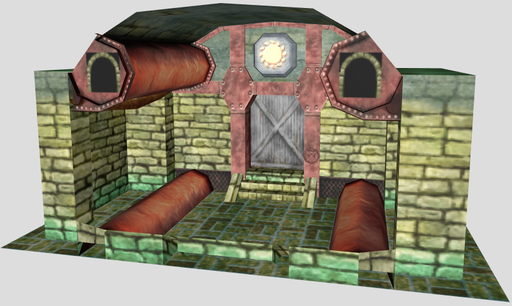 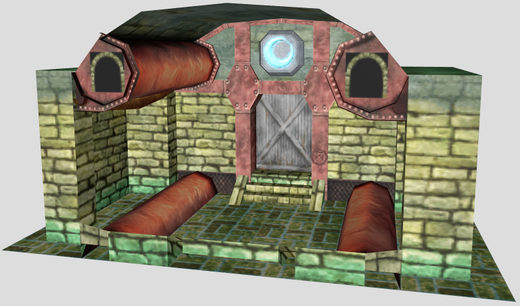 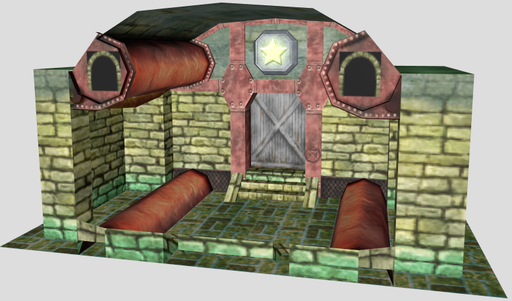 Rainbow Butterfly Woods has unused textures for a Moon path. 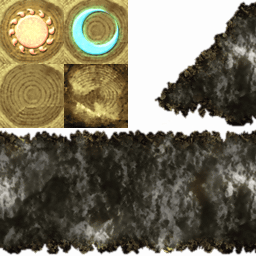 Located in the event files for Chapter 8 (as e824.txt) is the Japanese script for Dark Cloud 2's final cutscene. Script files such as these are normally read by the game in order to display subtitles. In all versions of Dark Cloud 2 the final cutscene is a prerendered video with no subtitling, meaning this script file goes unused. As such, Level 5 never bothered creating a localized equivalent of this file.

The US and European fonts for this screen are completely different.

The Japanese version of the game features additional options for installing the game on the PS2 HDD.

Several snippets of footage in Dark Cloud 2's attract cutscene were rerecorded for international releases. While most monsters in the attract cutscene have their namefields blanked (likely so Level-5 could avoid rerecording footage for localization), two monsters were overlooked. In international releases, this was corrected by rerecording footage of these monsters with their namefields properly blanked. Note that outfits, HP, and weapon choice differ significantly between the original and rerecorded excerpts.

The sign on the drawbridge was modified in the US version to correct the misspelling of Palm Brinks as "Parm Brinks".

The happy clown character model was modified in the US version.