Rust Legacy is an old version of the current Rust. It sadly got removed completely from Steam on December 8th, 2016 because Facepunch didn't want to pay to keep it alive, which is understandable considering the player base was already really low. Thankfully, there are still multiple ways to play it.

Two types of ammo still exist in the item data. They can be spawned using the inv.giveplayer "UserName" "ItemName" command.

In February 2018, the official Rust Twitter uploaded a video showing how the ammo crafting originally worked in an unknown build.

These empty casings were intended to be primed and then crafted into the bullet you wanted. This feature probably got scrapped because wasting 5 metal fragments on a single bullet was totally worth it, Garry.

And these are the primed bullets.

A green version of the Research Kit exists. The difference here is that you needed paper (how revolutionary) to learn the item you wanted.

There are seven parts for weapons...

...and seven parts for armor as well.

In another video released in February 2018, Garry (or one of the other devs at the time) is seen walking and in the third slot the player is carrying some strange yellow box. It isn't known what it does, nor is there an icon for it in the game.

There are several unused models, some of these being listed as test_modelname_numbername.obj. Bones are stored in a different file, meaning no animated parts. 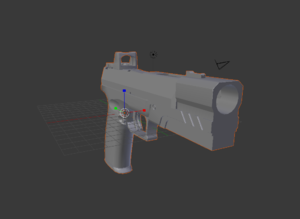 Seems to be a gun with a dot sight. 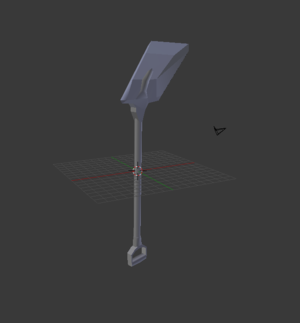 A shovel. Another melee weapon, perhaps? 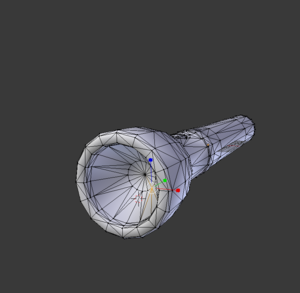 A flashlight. An identical copy can be found in v_flashlight_2.obj.

There's a lot of unused prefabs, without any use in-game.

Barrels were originally furnaces until they were removed and replaced with actual furnaces. However, one small barrel like this was still in the game until some time in 2014.

Zombies were basically the same as wolves and bears, difference being they had physical ragdolls when shot. They also used actual hitboxes so whenever you shot them in the head they died. There were three types of zombies:

In earlier versions, admins had the ability to spawn in car entities with the command vehicle.spawn. While this object has been archived, the versions that most players have archived have the cars handling completely disabled. You can't steer it or go forward or backwards. You can't even leave the car. It isn't completely known why this was done by the devs. The car has front lights, and they function somewhat like the flashlight weapon mods, but can't be turned off. After entering the car its hydraulics get enabled and the car bounces up a little. The car can be destroyed with any weapon. After it gets destroyed it makes an explosion sound and bits of the car fly out. This won't damage any players around the car.

The green armor parts originally started as anti-rad armor before the white armor parts with a little radiation sign next to them were added. These icons were used in the Web proto before being scrapped entirely. The green vest texture is corrupted, so opening it will show a blank image.

There are also helmet and vest sprites that seem to be from the original Counter Strike. It isn't known what their purpose was.

The green vest was actually shown during a presentation of item stacking, though it was never used after that. 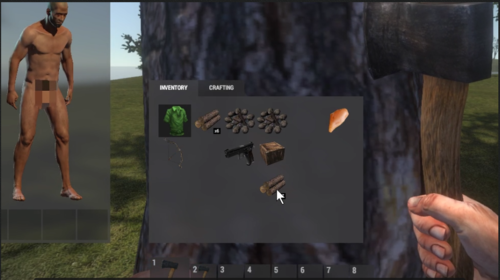 There are two unused weapon mag textures in the files.

This might be because, for example, the P250 and the 9mm Pistol don't share the same bullet capacity. So, for example giving a 12 bullet mag to a 8 bullet pistol didn't make sense, so the feature got scrapped.

This crosshair was used in the Web prototype.

There are six unused road textures, with one being a leftover from the prototype (Asset Easy Roads).

For a while, text would appear over resources/dead animals to let newer players know how to collect them. It was later removed for unknown reasons. 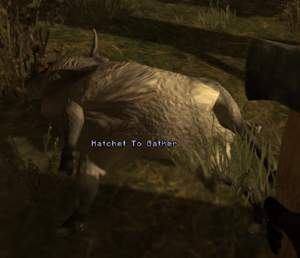 Weapons can rarely spawn with 5 weapon mod slots. It's unknown if this was an oversight by the devs or another slot for an unused attachment.