Smash Hit is an endless runner (or perhaps an on-rails shooter) developed by the Swedish indie game studio Mediocre. With over 100 million downloads on the Google Play store alone, it lived up to its title. 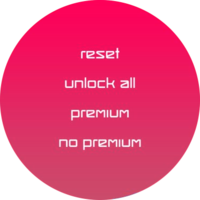 There is a texture (among other UI data) for a debug menu and button to open it. It does not work when loaded into the game.

In versions before 1.3.0, there was a help menu. To make room for the game mode button in later versions, the help menu was removed, though its files still exist in the current version of the game.

The game once had pools of water in several rooms. Sound effects from them remain in the files.