Steel Diver: Sub Wars is Nintendo's first foray into the Free-To-Play business model. It had a rocky start upon launch (players had to pay Play Coins for every match online, with no access to the in-game Shop or the rest of the single-player campaign without paying), but Nintendo later fixed the majority of these issues and it's a rather excellent game to play.

Also, it has Circle Pad Pro support, so that's something else going for it. 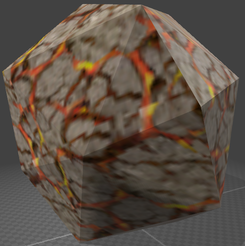 Vol_rck.bcmdl is a volcanic rock. There are no volcano-related maps in the game.

A piece that alludes to a level being based within a jungle. Other references to such a level are present in the game's files, though the level itself is absent.

A similar theme with less drums can be heard on the Island and Fish Tank levels.