Strider Hiryuu is here to overthrow an evil dictatorship. Mostly by swinging his sword very fast at anything that moves. 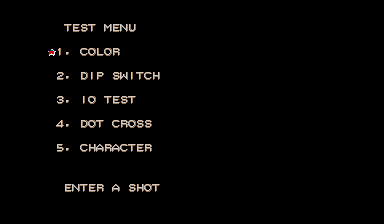 There's code at 0x71E10 (Offset is for the strider set in MAME) that would enable an extra option, "CHARACTER", on the test menu if input 0x04 was held down before the menu popped up. Unfortunately, 0x04 corresponds to 1P Coin, and both 1P and 2P Coin inputs are disabled in the test menu. Put the following code in MAME's strider.xml cheat file to change 1P Coin to 1P Start: 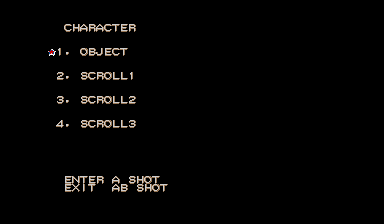 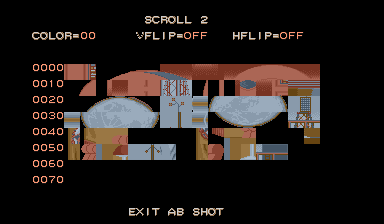 Seems to be an alternate version of the intro tune for Stage 4.

The following tracks do not exist in the ROM, but have unique IDs and track names in the Output Test. They all point to Track 00, the Stage 1-1 music.

The Amazon enemies have their left breasts exposed in the stored graphics. This is covered with a separate green leaf sprite in the final game. Add the code in strider.xml to check it. 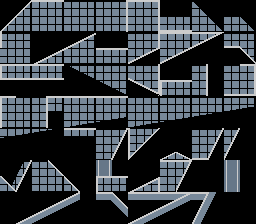 What appear to be graphics for a test tileset. Includes every possible surface type and hexadecimal 16x16 blocks.

Various utterances and grunts from Hiryuu that aren't used in any version of the game.

Two pieces of text giving the full names of the game's programmers can be found in the game memory.

In the credits, Tae Komatsu is "TAE 250R".
Toshihiro Yamauchi is "T+MARUCHI".
Toshihiko Miki is "MIKKUN".

Text exists for a Scroll Test (like the one found in Ghouls 'n Ghosts) though there's no known way to access it.

In the Japanese versions of the game, Hiryuu makes a "Hah!" sound every time he swings his sword. This was removed from the North American game.

The earliest versions of the Japanese and North American game are missing many pieces of music. The stage 1-1 music is used in their place. This mostly affects the 3rd and 5th stages.