From The Cutting Room Floor
< Template:FeaturedFile‎ | 10-29
Jump to navigation Jump to search 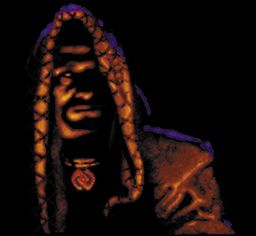 Seen here is a drawn graphic, while the final game uses live actors. This graphics was seen in an early teaser for the game dating to 1994. This is the Reaper, which was featured on the game's website.