Trouble Shooter is a scrolling shooter, known in Japan as Battle Mania, with a Japan-only sequel in Battle Mania Daiginjou. It originated the characters of Madison and Crystal, a pair of teenage soldiers who would later appear in Sega's own Segagaga. 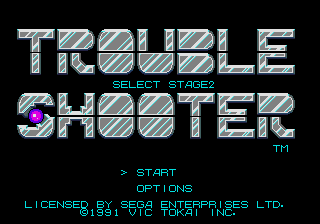 At the title screen, press Start + Right + C on controller two. SELECT STAGE2 will appear if done correctly. Pressing the buttons again (still on controller two) will cycle through the stages, up to STAGE7, which is actually the end scene and credits. Press Start on controller one to begin the game at the chosen stage.

In addition to the obvious title switch, several other changes were made in the Japanese version. In keeping with the Battle Mania title, protagonist Madison was renamed Mania; her sidekick Crystal became Maria. The characters themselves are still referred to as "Trouble Shooters", and the internal name of the ROM is still TROUBLE SHOOTER.

Among other tweaks to the Japanese version is the addition of a hidden animation of Madison stomping on a Super Famicom. It is activated by holding Start on controller two on startup, at the Sega logo screen.

Director and programmer Takayan stated in a 2004 interview:

At the time I wasn’t happy that most of the development budget was going to the SFC team. After I put that in, a FAX was sent to all the SEGA development studios asking them to refrain from using imagery that hurt other companies trademarks or characters. I think the only reason nothing happened at the time was the power of the Sunseibu president and the fact that SEGA themselves didn’t like Nintendo all that much.

The title screen was done up, becoming a lot more colorful and animated.

The garage got a slight makeover. Most notably, the SEGA crates in the background were replaced with a car. The car itself was also touched up slightly.

The four selectable engines were completely redesigned. This includes their in-game appearance as well.

The flying skull enemy was changed to something less terrifying.

King Fredrick, the plump, turbaned guy, had his head (but not his portrait) completely redrawn to not be terrible. The black suit also became more defined. The whole group's skin tone is pinker in Japan. The cheerleaders in the background were also redrawn/reanimated.

The animation shown above the credits was a lot clearer about taking place on a road in the US version. The Japanese version ... might be a beach? Also, scooter vs. hovercraft. 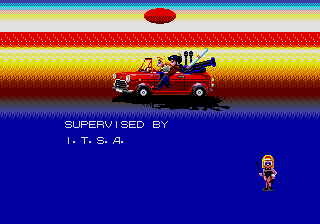 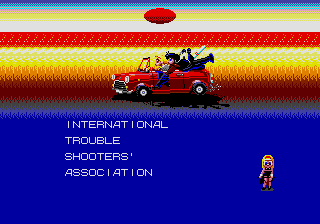 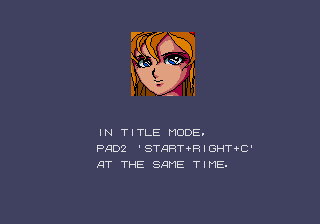 None of the above screens appear at all in the USA version. The third, which appears after the credits, is the level select code described above, which works in both games.