Twisted Metal makes its way onto the second generation of Sony consoles, after their last few outings on the PlayStation left a lot to be desired.

It's also the most popular of the Twisted Metal games, probably due being absolutely covered in such prime early-2000s edginess that even the Carmageddon franchise hadn't dipped their toes into. 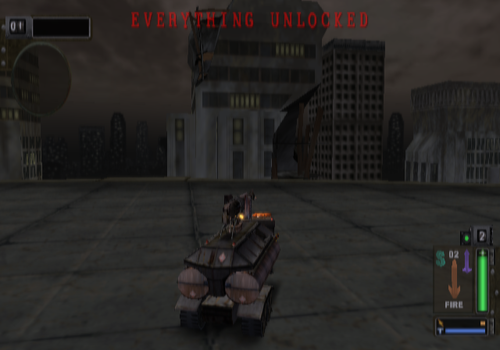 The unlock everything cheat is pretty tricky to get right. If you fail to activate it under 24 seconds, you will need to enable the "Everything Unlocked (Enable Code)" cheat again. 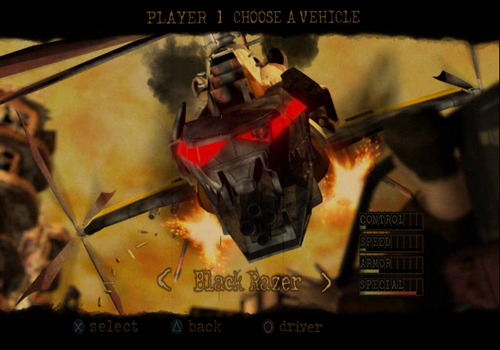 His image as seen above is in the character select screen. It is not normally possible to play as him however, with hacks the player can play as him. 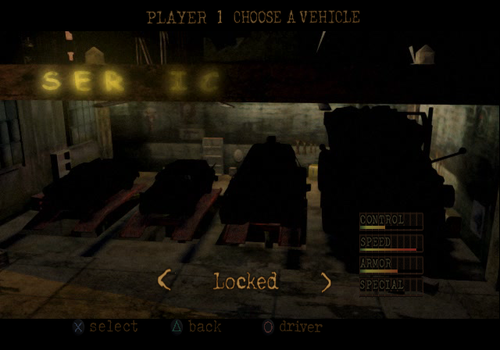 Most likely a mockup version of the final car select screen. And also to note, Shadow is presented here as a placeholder before Axel was made.

Intro cutscenes for Manslaughter, Warthog and Axel are present in the MOV folder. Only their outro cutscenes are used in-game, with their stories told by loading screen text. 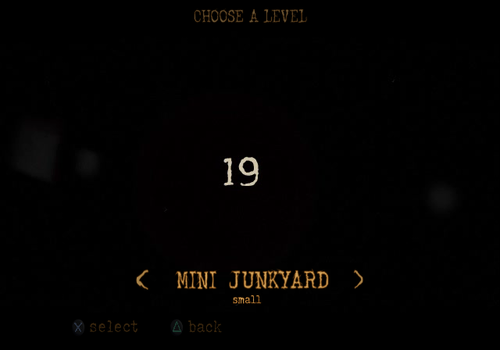 A unused mini version of this level can be put back in One Player Challenge mode with the following GameShark / CodeBreaker code for the US version. 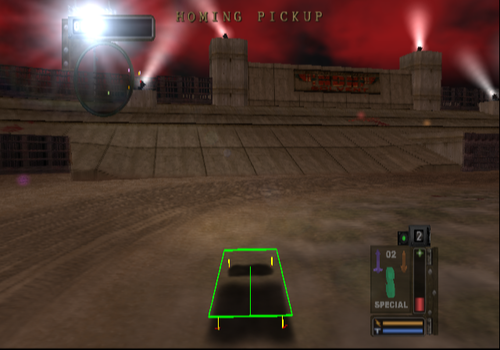 A debugging mode that turns cars into colored lines can be re-enabled with the following GameShark / CodeBreaker code:

Normal car collision is green, anything that is damage or has been damaged turns red, and car tires turn yellow.

Due to the excessive violence contained in the cutscenes, the European versions remove nearly all of the cutscenes (and thus the whole backstory) as well as the flavor text from the loading screens. Fittingly, the "Movies" option on the main menu was replaced with a "Credits" option.

In the US version, blowing up a vehicle will either send the driver running out screaming while on fire or get thrown out of their car. The European version removed this. Moreover, due to the European version being released after 9/11, the plane in Junkyard has been already crashed and the player can access the secret area with no additional effort. However, this makes getting the "Jet Fatality" bonus impossible.

Some of the cutscenes in development were toned down to avoid controversy one of them was John Doe's tattoo with the words "One race, one country." along with a swastika-like tattoo only the words were removed though you can catch glimpses of it in the middle cutscene and the ending cutscenes.

A dummy file that exists on disc (ZZZDUMMY.BIN) says the following: